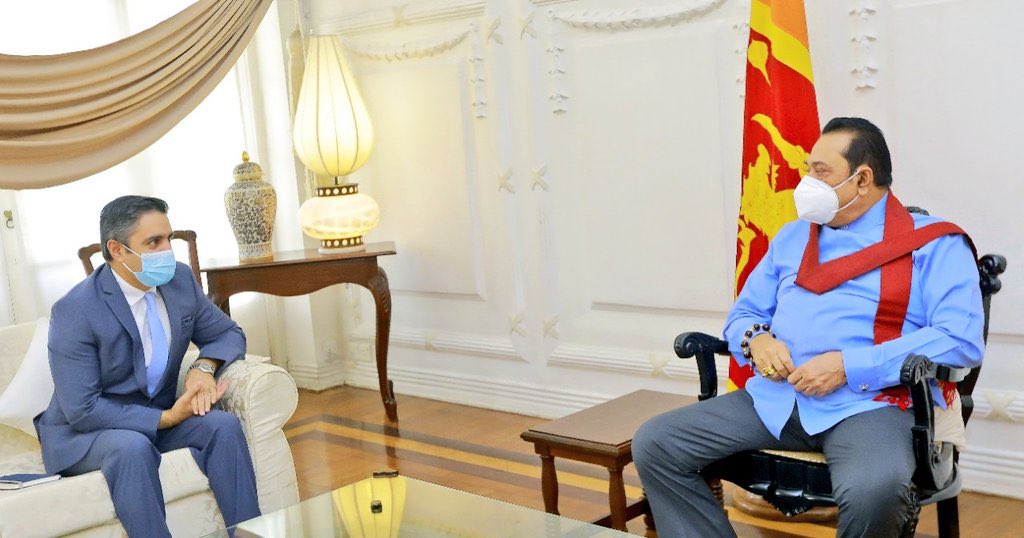 Afghanistan and Sri Lanka had talks on the situation in the capital Kabul after Taliban grabbed power.

In light of the recent events in Afghanistan, they offered the Ambassador and the Afghan Embassy in Colombo their full support, consistent with the strong Afghanistan-Sri Lanka friendship and growing bilateral relations.

Ambassador Haidari briefed the Prime Minister on the situation in Afghanistan, and highlighted ongoing efforts by former President Hamid Karzai and other Afghan leaders to broker the formation of an inclusive and broad-based Government, which would represent all Afghans and further build on their hard-won gains of the past 20 years.

They also discussed the implications of the recent developments for regional stability and international peace and security, highlighting the need for continued international engagement and support for sustainable peace in Afghanistan. Moreover, they took note of the expanding complex humanitarian crisis, engulfing the country hit hard by conflict, COVID19 and climate simultaneously.

In this regard, they discussed the ongoing evacuation flights and the need to ensure safe freedom of movement and travel for all Afghans. Recalling Sri Lanka’s decisiveness against extremism and terrorism, Ambassador Haidari thanked Prime Minister Rajapaksa for his strong friendship with the people of Afghanistan. (Colombo Gazette)