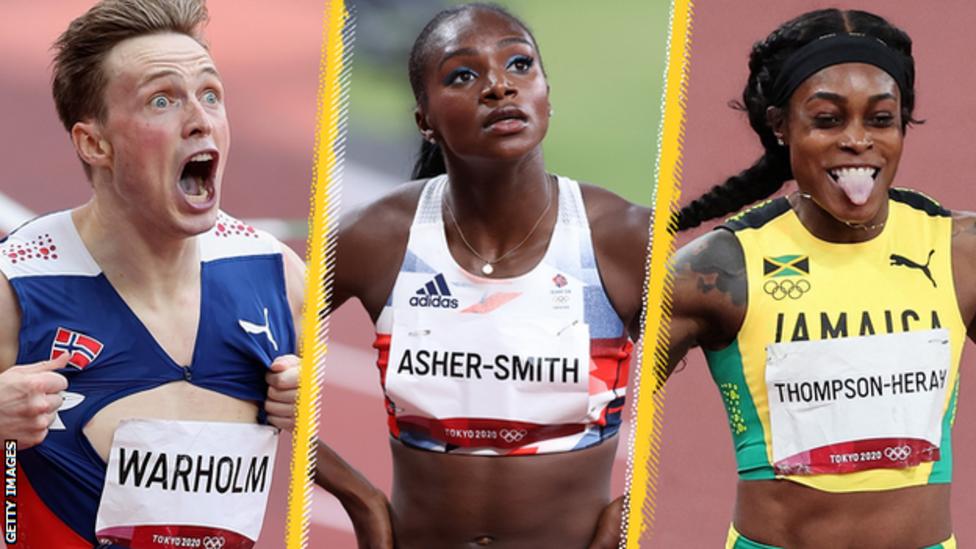 Athletics fans will certainly be able to avoid the post-Olympic blues courtesy of a mouth-watering line-up of Diamond League meetings en route to the series final next month.

Coming up are four meetings filled with a galaxy of stars determined to dazzle in the aftermath of their Tokyo glory – or near-misses.

Here, we highlight the top head-to-heads coming up, and where to catch the unmissable action.

Hosting the eighth leg of the 12-meeting Diamond League series is the refurbished Hayward Field in Oregon – venue for the 2022 World Championships – and the Prefontaine Classic boasts no less than 26 gold, 18 silver and 18 bronze medallists from the Tokyo Games.

With a big point to prove having missed the Olympics following a one-month suspension after testing positive for marijuana, Sha’Carri Richardson will face all three 100m medallists from Tokyo, with blistering times expected.

The flamboyant 21-year-old American, who recorded a swift 10.72 seconds earlier in the summer, goes up against Tokyo and Rio 2016 100m and 200m champion, Elaine Thompson-Herah, and her Jamaican compatriot Shelly-Ann Fraser-Pryce – the two-time Olympic winner who took 100m silver in Japan.

Thompson-Herah and Fraser-Pryce have scorched to jaw-dropping 10.61 and 10.63 times respectively this season, while all nine entrants in this race have dipped below the 11-second barrier, including five of them under 10.80.

In the longer sprint, Britain’s world 200m champion Dina Asher-Smith seeks redemption for missing out on the 100m final in Tokyo, as the 25-year-old pits herself against seven-time Olympic and 12-time world sprint champion Allyson Felix of the USA.

With a season’s best of 22.06 seconds, Asher-Smith bids to follow up her 4x100m relay Olympic bronze by improving her 21.88 national record.

An agonising fourth in Tokyo, Scotland’s Jemma Reekie will also be keen to impress.

Meanwhile in the 1500m, Reekie’s training partner and housemate Laura Muir goes into battle once more with Kenya’s Faith Kipyegon – the woman who took the Olympic crown ahead of her in a new Games record time. (Courtesy BBC)