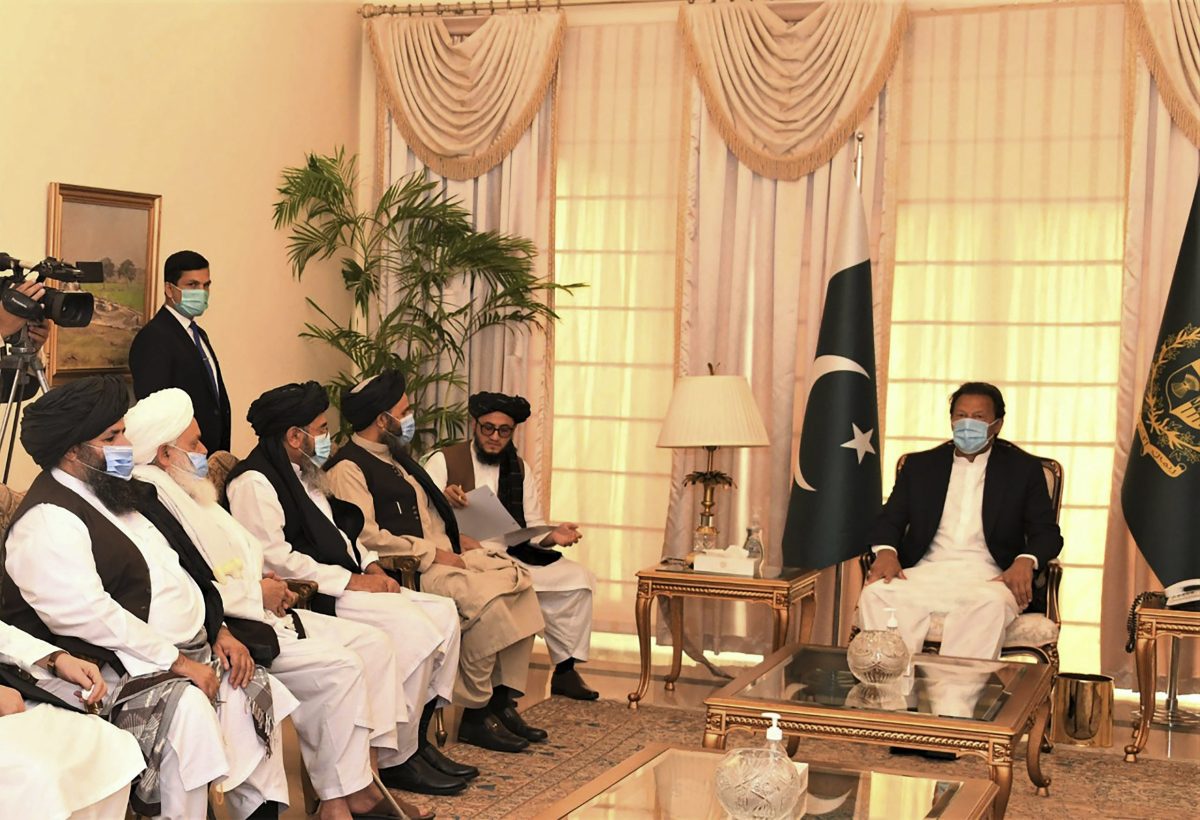 During his recent visit to Washington, Moeed Yusuf, Pakistan’s national security adviser, reportedly told the Americans that Islamabad has other options if the US continues snubbing his country.

He was referring to the American refusal to take Pakistan on board with its plans about the region, and Pakistan’s position that the US should reconsider its withdrawal from war-torn Afghanistan.

But in fact Pakistan has but one other option. The ties between Pakistan and the US are seen by many as a client-patron relationship. China, on the other hand, has helped Pakistan whenever the US offered little or nothing. But no country helps another one in the international arena out of the goodness of its heart. There are strings attached whenever the weak pander to the powerful.

Things were not too bad until China became the primary strategic threat to the United States with its increasingly aggressive economic and foreign policies. Pakistan is having a hard time managing a balancing act between its two benefactors.

Matters only got worse when the US, tired of its Afghan misadventure and pressed by growing Chinese power, started looking at India as a potential long-term natural ally. Pakistan crossed the line when it signed up on the Chinese Belt and Road Initiative’s crucial link through its territory. That link, the China-Pakistan Economic Corridor (CPEC), is unacceptable to both India and the US.

Pakistan reluctantly became a “frontline ally of the US” hunting down al-Qaeda and Taliban sympathizers, which led to the creation of Tehreek-e-Taliban Pakistan (TTP). To justify its war on TTP in the eyes of its gullible public, Pakistan’s elite intensely promoted the idea that the TTP were paid agents of India fighting against Pakistan, the “bastion of Islam.”

Thus believing that their country’s survival was in question, and India positioned as the real enemy behind the TTP, the Pakistani masses rallied behind the state. The TTP was finally driven out of the country, but not defeated, at the cost of thousands of lives and millions of dollars.

As the Afghan Taliban’s offensive gained steam, panic alarms set off in Rawalpindi and Islamabad. Secret huddles were arranged by the military establishment to brief the civilian leadership about the impending doom. In fact, the politicians were told, the TTP and the Afghan Taliban were two sides of the same coin and not Indian agents as previously portrayed.

The Pakistani generals’ conflation of TTP and the Afghan Taliban as one is an oversimplification. There are several reports and studies to suggest that the goals and strategies of the two organizations have not always converged.

The TTP itself is an umbrella organization composed of disparate groups only united in their war against the Pakistani state. There is a recognition, though, that the Afghan Taliban and the TTP are known to have collaborated.

As the Afghan Taliban gain sweeping victories, an increasingly desperate leadership in Kabul is blaming Pakistan, in precisely the same way Pakistan has blamed India or its woes. The only problem is it isn’t working for Kabul because of several factors including rabid corruption, factionalism, and doing too little too late.

The US, just like in the past, wants Pakistan to go all out against the Taliban, to ensure they accede to the American-backed regime or forget about coming back to power in Kabul. But Pakistan, having learned its lessons the hard way, doesn’t want to go all out yet doesn’t have enough “geo-economic” strength to decline a direct demand from the US.

This is Pakistan’s thin red line in Afghanistan: It wants the Taliban to share power and not monopolize it, out of the fear that TTP will draw strength and inspiration from their conquests. But the policymakers also know what it would mean for the country should they force their hand to stop the Taliban from taking over Kabul.

It cannot afford another encounter with TTP, let alone a TTP with the full weight of the Afghan Taliban and their associates behind it. Such a confrontation would be catastrophic for Pakistan.

It would also mean the death of the CPEC and the “all-weather friendship” with China, which in any case hasn’t been feeling very benevolent after the recent fumbles by Pakistani authorities over the Dasu attack. China has no love for the Taliban either, but it is willing to play ball with them if they keep the East Turkestan Islamic Movement (ETIM) and the TTP on a tight leash.

The Taliban are not naive; on the contrary, they have so far shown remarkable strategic acumen. They know they need recognition from their immediate neighborhood. But Pakistan has only a small window in which to decide what it intends to do about its western neighbor.

When Pakistani politicians asked the generals what it would take to go after Taliban sanctuaries in Pakistan, the generals reportedly responded by saying “political will.” What the generals left out was that this would also mean an open-ended war on the western border. Such an open-ended war would make the balancing act between the US and China virtually impossible, pushing Pakistan definitively into the American camp.

This would also mean burying both the CPEC and the past conflict with India to secure at least one border. That would mean acceding to India’s view of the Kashmir issue, working closely with “brotherly” Arab states, and transforming the UAE-brokered ceasefire with India into an iron-clad peace deal and a possible alliance against the Taliban.

The only other option is China, which doesn’t see the “game” in Afghanistan through the American lens. This would require steering clear of Afghanistan’s internal power struggles, and staying completely neutral on all Afghan factions. (Courtesy Asia Times)