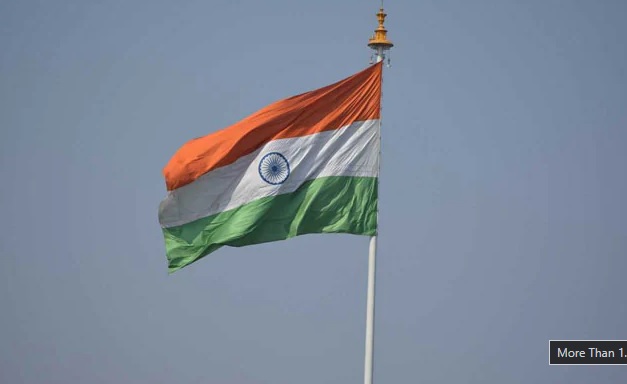 More than 1.5 crore Indians from India and across the world have recorded and uploaded their videos singing the national anthem, said the Ministry of Culture on Saturday.

According to a statement released by the Ministry of Culture, the whole country has announced joyful participation in ”Azadi ka Amrit Mahotsav” as more than 1.5 crore Indians uploaded their videos singing the national anthem to achieve a never done before record on the special occasion of 75th independence day.

“This is evidence of the inherent unity, strength and harmony of India,” said the ministry.

On July 25, Prime Minister Narendra Modi had given a clarion call to the people of India to sing the national anthem together in Mann Ki Baat.

“Like a mantra, the invitation call permeated through the hearts and minds of the people of India who together have now created history and an unbeatable record,” the ministry stated.

Ministry of Culture created a program to enable people to sing the national anthem by August 15 and upload it on the website. As is evident from the record-breaking numbers, people from all parts of the country, from all sections enthusiastically participated in this unique initiative. Children, senior citizens, youth, women, no one wanted to be left behind from this feeling of community and shared pride.

“From Kashmir to Kanyakumari, from Arunachal Pradesh to Kutch, the voices singing Jana Gana Mana were reverberating from all directions,” it said.

It further said that our countrymen living outside India also participated with passion and fervour and proved once again that that their heart is always settled in this land of India.

“When Indians sitting in a corner, thousands of miles away, sang the national anthem in private, their voices embodied the pride of one hundred and thirty-six crore citizens of India. The fact that more than 15 million entries were achieved in just twenty-one days is in itself living proof that when the people of India put their heart to something, no goal is difficult or unachievable,” it stated.

“The national anthem is a symbol of our pride. This program of singing the national anthem has not only created enthusiasm among all but the whole world has also got the message of strong unity of India,” added the Ministry. (Courtesy NDTV)