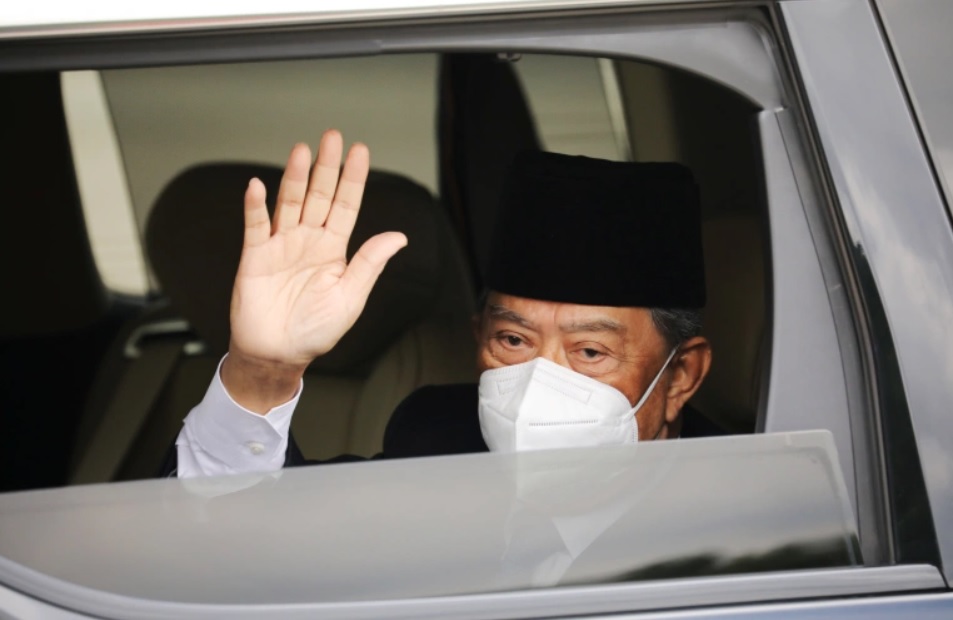 Malaysia’s Prime Minister Muhyiddin Yassin and his cabinet have resigned after just 17 months in power amid infighting within his coalition and a resurgent wave of COVID-19.

Muhyiddin held a last cabinet meeting on Monday morning before going to the palace to tender his resignation to the king.

In a television address at 3.30pm (07:00 GMT), Muhyiddin struck a sombre tone and said he had decided to step down because he had lost his majority in parliament and that he hoped that a new government would be formed soon.

“That’s all for now,” he wrote in an Instagram story giving a final update on the mass vaccination campaign.

“The Cabinet has tendered our resignation to the Agong (king). Thank you for the opportunity to, once again, serve the nation. May God bless Malaysia.”

74-year-old Muhyiddin has been under almost constant pressure since he came to power in March 2020 as head of a new Perikatan Nasional (PN) coalition after a power grab within the previous government. His resignation followed months of infighting within PN against a backdrop of increasing public anger over the political squabbling at a time when COVID-19 was surging.

Some 12,510 people have now died from the disease in Malaysia as overloaded government hospitals struggle to cope with the influx of patients.

On Sunday, Malaysia recorded 20,546 cases on Sunday, its fourth successive day of more than 20,000 cases.

In a statement, the palace said that Muhyiddin would remain as a ‘caretaker’ prime minister, adding that it was not appropriate to hold an election during the COVID-19 crisis.

In his address, Muhyiddin said that he was not prepared to work with the corrupt, a reference to the graft trials facing the president and other prominent members of the United Malays National Organisation (UMNO), which was part of his ruling coalition, but whose regular threats of withdrawal led to the government’s eventual collapse.

“I could have taken the easy route and sacrificed my principles to remain prime minister,” he said on teleivision. “But that was not my choice. I will not compromise with klpetocrats or interfere with the freedom of the judiciary just to stay in power.”

It is not clear who might have sufficient support to form a new government given the increasingly fractious nature of politics in a country where a majority of the population is ethnic Malay Muslim but there are large communities of ethnic Chinese and Indians, as well as indigenous people.

The Coalition for  Clean and Fair Elections (BERSIH 2.0) urged whoever gets the job to quickly call a motion of confidence in parliament, and commit to a vision of a multi-party governance and institutional reform instead of the “horse trading over numbers and positions” that it said had proved a recipe for instability.

“A short sighted and self-serving government would be ruthlessly punished by voters in the next election,” the group warned in a statement. (Courtesy Al Jazeera)