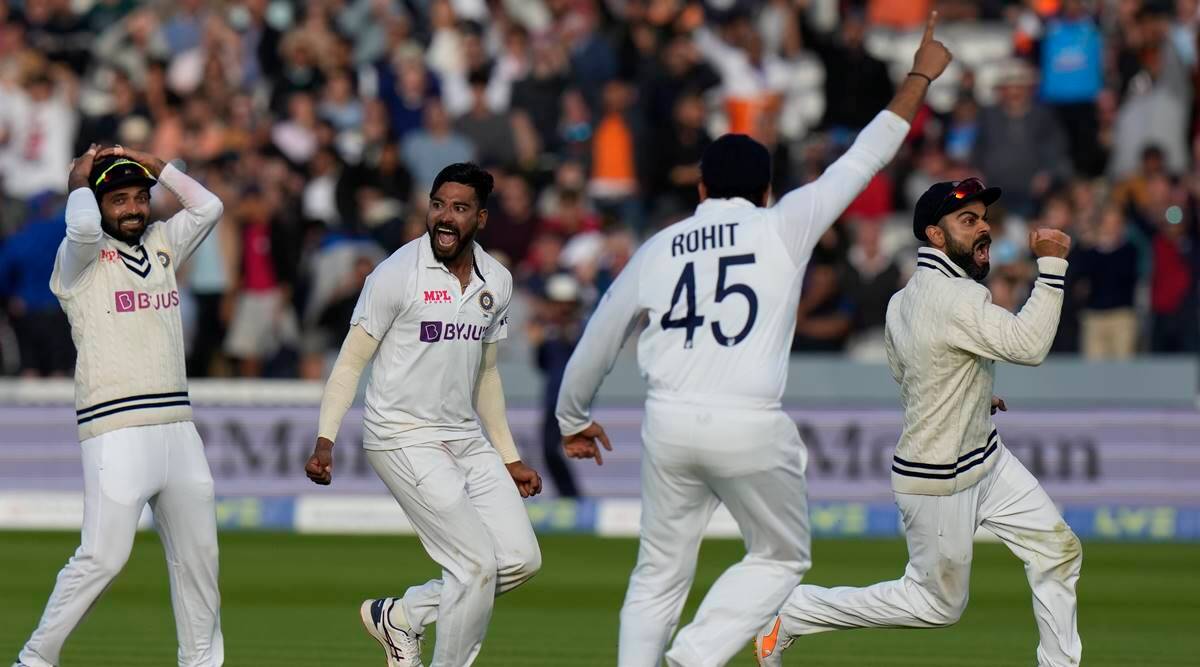 England produced one of their worst home performances in recent memory to lose the second Test against India by 151 runs at Lord’s.

From a position where they started the final day as marginal favourites, England’s bowling was flayed by the India tail before their batting capitulated to 120 all out.

Mohammed Shami and Jasprit Bumrah – two genuine tailenders – shared a ninth-wicket stand of 89 in front of some raucous Indian support.

Shami had reached 56 not out and Bumrah an unbeaten 34 when India declared on 298-8, setting England an unlikely 272 to win or 60 overs to survive.

They instantly found themselves 1-2 after openers Rory Burns and Dom Sibley fell for ducks, and hope faded when Jonny Bairstow then, crucially, captain Joe Root were dismissed in the space of four balls separated by tea.

Jos Buttler, who faced 96 deliveries for 25, chewed up 16 overs with Moeen Ali and 12 with Ollie Robinson, either side of Sam Curran completing a king pair.

However, Robinson and Buttler fell in successive overs, before Mohammed Siraj bowled last man James Anderson to end with 4-32 and put a rampant India 1-0 up with three Tests to play.

Disappointing England Test performances have become commonplace, especially overseas. They have also been bowled out for 85 and 67 at home by Ireland and Australia respectively, but at least they won those matches.

What makes this defeat so abject is the manner they threw away a genuine chance of victory, one which came after they were second best in the drawn first Test and allowed India to reach 276-3 on day one here.

Their tactics during the Shami-Bumrah stand were completely baffling. Perhaps sucked in by the emotion of Anderson being peppered by Bumrah on the the third evening, England targeted the man rather than the stumps. By the time they changed the plan, it was too late.

Not only that, but the fractious nature of the contest – there were numerous verbal exchanges between the two sides – seemed to galvanise India, while England wilted.

Sure enough, when England came to bat to save the match on a pitch only showing an occasional sign of uneven bounce, they were blown away, much to the delight of the swathe of India fans inside a buzzing Lord’s.

England are now without a win in seven Tests and must find a response when the sides reconvene at Headingley on 25 August. India, on the other hand, will take some stopping. (Courtesy BBC)