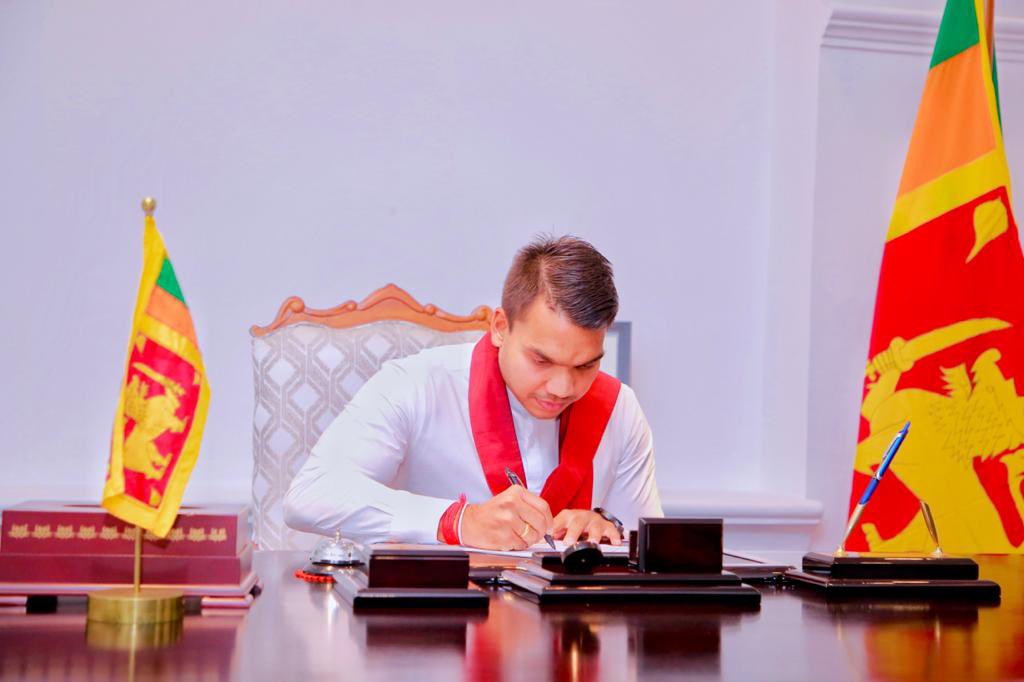 The duties and functions of the new Ministry which falls under Minister Namal Rajapaksa have been gazetted.

President Gotabaya Rajapaksa has issued a gazette notice detailing the duties and functions of the Minister of Development Co-ordination and Monitoring.

Namal Rajapaksa was yesterday appointed as the Minister of Development Co-ordination and Monitoring apart from his current portfolio of Sports and Youth Affairs Minister.

In his new Ministry, Rajapaksa will co-ordinate all development activities and monitor projects on the direction and guidance of the President in order to ensure people-centric economic development through an effective and dynamic mechanism in place creating new opportunities within the framework of the National Development Programmes: “Vistas of Prosperity and Splendour”.

The new Ministry has been tasked with formulating policies in relation to the subject of development co-ordination and monitoring in conformity with the prescribed Laws and Ordinance for the creation of a “Development Country” in terms of the Policy Statement: “Vistas of prosperity and Splendour” based on the national policies being implemented by the Government, implementing the Projects under the National Budget, State Investments and National Development Programme and formulating policies, programmes and projects in relation to the subjects and functions of the below-mentioned Departments, State Corporations and Statutory Institutions, there implementation, initiating follow-up actions and evaluation.

The new Ministry will also direct the District Secretary, Divisional Secretary and Heads of all other Institutions, including all officers at divisional level in speedily carrying out the instructions and executing directives given by the President with regard to the problems and issues presented by the people during the course of the programme: “Dialogue with the Village”, effectively deploy for the provision of technical and advisory services, the Grama Niladharies, Development Officers (State Ministry of Home Affairs), Agricultural Research Assistants (Department of Agrarian Services), Samurdhi Development Animators and Officers (Department of Samurdhi Developent), Family Health Officers (Department of Health Services), who are appointed for such village and Child Protection Rural Committees and Projects at residential level, and expedite the execution of projects under implementation by the State Institutions within the Budgetary Framework 2021 – 2023 in the areas of authority of Pradeshiya Sabhas and the Divisional Secretariats, such as roads, supply of drinking water, Electricity, Telephone Communication, Playgrounds, Schools, Hospitals, Vocational Training Institutions, Urban Universities, transfer of lands, banking and financial facilities, markets, stores and infrastructure facilities.

The new Minister will also look at housing and sanitation in the lands occupied by Samurdhi and low-income recipients and strengthen their economic standard by cultivation of crops, such as, fruits, coconut, jak and breadfruit.

The Minister will monitoring the development activities assigned to the President’s Supervising Representatives appointed for the area of authority of the Divisional Secretariats. (Colombo Gazette)