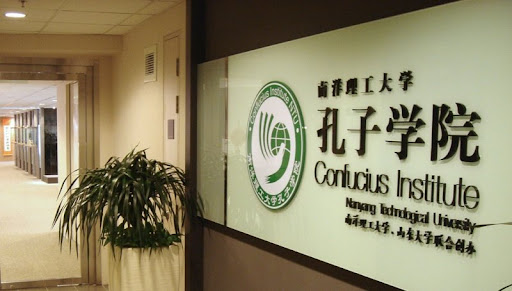 The first Confucius Institute (CI) was opened in 2004 in South Korea, and according to official data there were 548 Confucius Institutes around the world by the end of last year, as well as 1,193 Confucius classrooms based in primary and secondary schools.

The number of CIs worldwide reached more than 858 by May 2012, including 358 Confucius Institutes and 500 Confucius Classrooms. In addition to those in United States, there are, for example, 83 CIs located in 30 Asian countries, 122 CIs in European countries and 25 CIs in Africa. The CIs operate within established universities, colleges, and secondary schools around the world, providing funding, teachers and educational materials. By borrowing the name Confucius, the CI created a brand that was instantly recognized as a symbol of Chinese culture, radically different from the image of the Communist Party.

The stated aim of the program is to promote Chinese language and culture, support local Chinese teaching internationally, and facilitate cultural exchanges. Some people even mistakenly regard CIs as religious institutions or a unit devoted to the study of Confucianism. Open to the general public, Confucius Institutes promote Chinese language but also run classes in culture, from calligraphy and cooking to tai chi. They sponsor educational exchanges and hold public events and lectures. Backed by significant government funding, China aims to have 1,000 such institutes by 2020 in what it calls a “Confucius revolution” to tap into the growing overseas demand to learn Chinese.

Since the Communist Party of China doesn’t have a free press or rule of law to check its use of power, it is no surprise that there have been strong indications that CIs are used for inappropriate covert activities like intelligence gathering, and facilitating military research. Human Rights Watch said in its 2019 report on China: “Confucius Institutes are extensions of the Chinese government that censor certain topics and perspectives in course materials on political grounds, and use hiring practices that take political loyalty into consideration.”

Officials from China have compared Confucius Institutes to language and culture promotion organizations such as Portugal’s Instituto Camões, Britain’s British Council, France’s Alliance Française, and Germany’s Goethe-Institut—several of them named for an iconic cultural figure identified with that country, as Confucius is identified with China. Some commentators argue, unlike these organizations, many Confucius Institutes operate directly on university campuses, thus giving rise to what they see as unique concerns related to academic freedom and political influence.

Confucius Institutes are used as a form of “soft power” by China, (In politics and particularly in international politics, soft power is the ability to attract and co-opt, rather than coerce) and the Chinese government spends approximately $10 billion a year on CIs and related programs to exercise these initiatives. Chinese Communist Party general secretary Xi Jinping in 2013 stated that the intentions are to “give a good Chinese narrative”. Being affiliated with the Chinese Ministry of Education, CIs have received increasing skepticism over its censorship of content taught, such as topics related to individual freedoms and democracy, Taiwan, Tibet and Xinjiang.

Confucius Institutes have been critiqued for repeatedly straying from their publicly declared key task of providing Mandarin Chinese language training and for venturing into deep ideological territory. There is mounting evidence that the institutes’ learning materials distort contemporary Chinese history and omit party-induced humanitarian catastrophes such as the Great Leap Forward (1958-1961) and the Cultural Revolution (1966-1976) entirely.

There have been a number of reports pointing to controversial incidents in the past, including a former senior Chinese Communist Party official, Li Changchun’s comment that Confucius Institutes are “an important part of China’s overseas propaganda set-up”. Beijing gradually has taken into consideration the quality of each potential institute to better serve the strategic interests involved in China’s “Going Global Cultural Diplomacy” and the statement of “Popularize Chinese Culture around the World”.

As contended by noted China expert Steven Mosher, president of the Population Research Institute (PRI), CIs could be “Trojan horses” that may “indoctrinate young Americans into thinking that the Chinese Party-State will not be a threat to its own people or to the world at large”.

The Case of USA

CIs are working with specific institutes for advanced China studies mostly in the United States and in Europe. It is entirely possible that this offers a way to reinforce a favorable impression of China among local epistemic communities. Although the promotion of Chinese language learning throughout the world is seen as part of China’s effort to accomplish its foreign policy goals through the use of soft power, CIs have been criticized as propagating an idealized version of Chinese history and culture and stifling academic freedom. Recently, academics predicted a crackdown on CIs across the West.

Especially in the US, where nearly 40 percent of CIs are located, members of the US Congress, the director of the FBI and academic advisory groups have gone so far as to accuse the Confucius Institute of being a “subversive” mechanism for increasing China’s public influence abroad. The Chinese language services provided by the CIs have attracted many universities overseas to establish a CI to meet the high level of demand to learn Mandarin Chinese, with Chinese authorities paying not only for the institutes’ operational costs and selected textbooks, but also providing trained Chinese language teachers, the universities can benefit from the financial support to offer Chinese program for students almost for free.

However, criticism occurs about China footing the bill and directly managing the teachers. Critics say CIs are ready-made platforms for the state’s agenda, promoting an overly rosy image of PRC while discouraging discussion of politics.  The anti-CI position occurred in recent times as a consequence of changing ideologies in the West regarding China becoming a main global player, thereby confirming the statement that “ideologies about language in general have real effects on language policies and practices, and delimit to a large extent what is and is not possible in the realm of language planning and policy making.”

The West also criticizes China’s unique political system and issues like human rights, etc. Therefore, Western universities intend to govern or limit CIs. This is leading to an anti-CI position regarding CIs as instruments of the Chinese government. Deteriorating relations between Sweden and China have prompted the closing of Confucius institutes and classrooms ending of partnerships. The moves have been prompted by growing concern in Sweden over security, human rights and the jailing in China of a Chinese-born publisher with Swedish citizenship. The Times in London wrote on 21 April that Sweden was believed to be the first country in Europe to close all Confucius institutes and classrooms.

Relations between the two countries have become increasingly restless over several years. There are various issues emanating from Swedish alarm over Chinese takeovers of local companies; security concerns; human rights abuses and repression in China. One of Belgium’s leading universities has decided to close the Chinese state-funded Confucius Institute on its campus, following accusations that the former head professor conducted espionage for China.