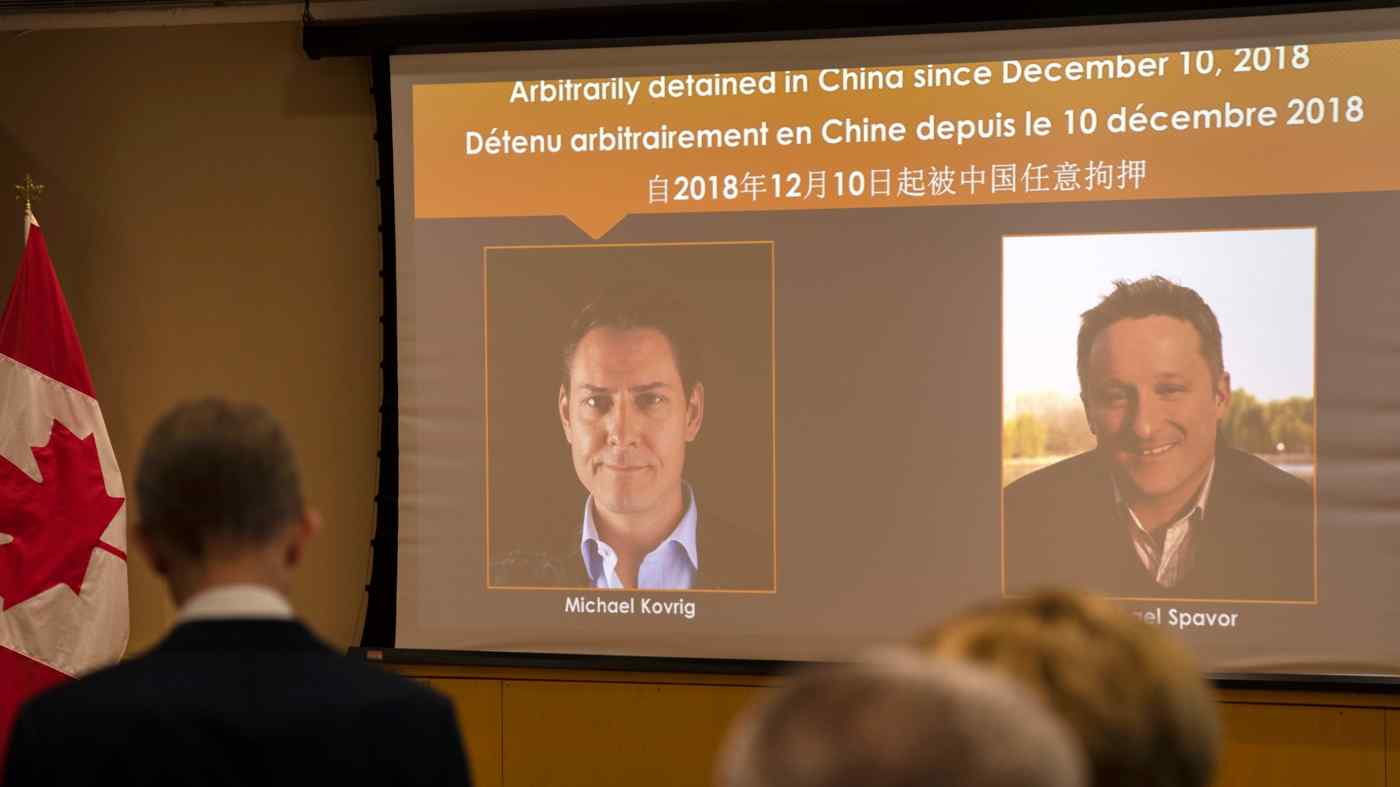 Xi Jinping’s ascent to the pinnacle of power within China and the Chinese Communist Party has brought with it a more assertive foreign policy in all directions.

Under his leadership, China has eschewed Deng Xiao Ping’s wisdom of tao guang yang hui, to keep a low profile, and strayed far from China’s decadeslong approach to foreign policy of allaying the security concerns of its neighbors and the global community about the implications of China’s rise under the party’s leadership.

Wednesday’s unexpectedly harsh 11-year sentence for Canadian Michael Spavor and the upholding of the death sentence for Robert Schellenberg was widely denounced by the international community, including Japan.

The verdict and its timing are seen as part of a nuanced campaign to pressure Canadian lawmakers to release the Huawei Technologies executive Meng Wanzhou who is awaiting a Canadian court ruling on her extradition to the U.S., where she faces charges of misleading HSBC over the nature of Huawei’s ties to its Iranian subsidiary Skycom, causing the bank to unwittingly violate U.S. sanctions on Iran.

With former Canadian diplomat Michael Kovrig also detained in China for alleged spying, Beijing’s use of hostage diplomacy to interfere in the legal proceedings of other countries is counterproductive for China’s long-term security interests. Critically, it increases the chances of accidental conflict with China.

Increasingly, friends and allies of the U.S. understand themselves to be vulnerable to arbitrary detainment and coercion by China when they adhere to bilateral agreements with the U.S. This is also true of China’s immediate neighbors, from Japan to Singapore, South Korea to Taiwan and Australia, who see Beijing as a bully, using its power and asymmetric economic relations to coerce, silence and punish when they pursue their national interests.

This results in more conservative approaches to China based on fear and insecurity rather than a rules-based set of understandings that allow for bilateral relations to have multiple tracks.

Unfortunately, by taking hostages and using other coercive diplomacy measures, China deters scholars and researchers, through fear of detainment, to refrain from traveling to China to do research. This makes China more opaque, less understood and ultimately less secure because the very people who have the ability, knowledge and interest in China are no longer able to act as translators and communicators about the country, its politics and decision making.

Having an incomplete picture means that the West’s ability to engage with China from a position of knowledge will be compromised, resulting in miscalculations about Chinese intentions. This is another factor that further increases the chances of an accidental conflict.

Contemporary issues that could spark such a conflict include the fate of Taiwan, territorial disputes in the South China Sea, and the recently adopted Chinese Coast Guard law which extends China’s domestic law into Japanese waters.

It is already the case that the West no longer has the opportunity to communicate face-to-face with Chinese scholars, researchers and policymakers about Chinese redlines, decision-making processes. Nor can we engage in critical 2.0 track diplomacy that promotes unofficial dialogue and problem-solving activities aimed at building relationships and encouraging new thinking that can inform the official process.

Instability or increased friction in any of the above examples would directly impact critical sea lanes that transport so much of the world’s imports, exports and energy in and out of the region.

Xi Jinping’s China is embodying Machiavelli’s view about governing that it is better to be feared than loved. This approach to foreign policy, exemplified by the detention of Canadians Kovrig, Spavor and Shellenberg, and the bullying of Australia, South Korea and Japan during their spats with Beijing, has not won China friends or allayed the concerns of its neighbors. Quite the opposite in fact, with a recent Pew Research Center survey showing China’s favorability ratings falling to record lows.

Rather than making friends and positively influencing other states, Xi’s diplomacy is pushing a growing number of countries to adopt policies that are not in China’s interests. Canada has led the declaration against arbitrary detention in state-to-state relations, and India has become a more proactive partner in the Quadrilateral Security Dialogue with the United States, Japan, Australia, while the Group of Seven recently issued a communique that explicitly called out China.

Seen alongside those countries that are developing or have developed their own Indo-Pacific strategies, and made explicit statements about peace and stability across the Taiwan Strait, the South China Sea and the East China Sea, Xi’s assertive policies are very much a made in China security problem.

Long-term competition between the U.S. and China is here to stay. However, this competition does need to devolve into a rivalry in which fear, intimidation and the infringement of human rights is the established way of cajoling states into following Beijing’s attempts to shape an ideological environment conducive to its rise and counter Western values.

There is no easy way to build trust and mutually beneficial relations. Still, Beijing must open its doors to researchers to ensure policymakers and politicians in different countries can develop the best information about China and its politics and intentions. Western countries need to reciprocate to enhance China’s understanding of the outside world and its views of China.

Lastly, the plights of Spavor, Kovrig and Shellenberg should inform us that like-minded middle power countries need to work together and in concert with the U.S. to not be bystanders in the deepening U.S.-China rivalry.

Stephen Nagy is a senior associate professor at the International Christian University in Tokyo. He is a visiting fellow at the Japan Institute for International Affairs.