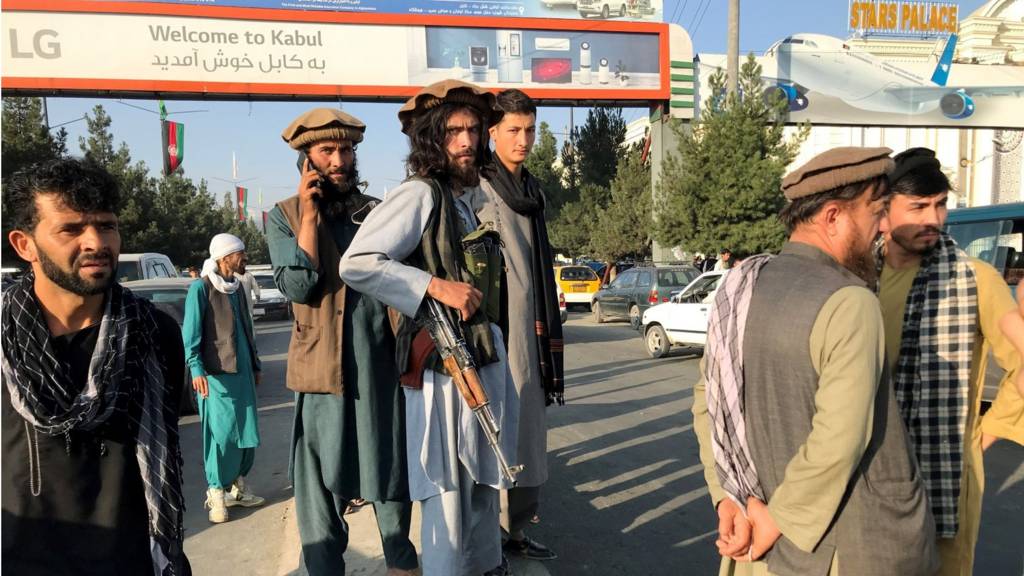 The Taliban has claimed victory in Afghanistan after taking over the capital Kabul, bringing to a swift end almost 20 years of a US-led coalition’s presence in the country.

Fighters have seized the presidential palace. The government has collapsed, with President Ashraf Ghani fleeing.

A spokesman for the group has told news network Al Jazeera: “The war is over.”

Kabul has descended into chaos, and residents and foreign nationals have been trying to escape.

At the capital’s international airport, an eyewitness told the BBC that staff had abandoned their desks and people were running to planes.

The US has moved all of its embassy staff to the airport. The US military has secured the perimeter and is in the process of taking over air traffic control to evacuate American and allied personnel from the country, said the State Department.

Kabul was the last major city in Afghanistan to hold out against the Taliban offensive, which began months ago but has accelerated in the space of days as they rapidly gained control of territories, shocking many observers.

The militants were able to seize control after most foreign troops pulled out.

US President Joe Biden has defended the withdrawal of American troops, saying he could not justify an “endless American presence in the middle of another country’s civil conflict”.

More than 60 countries, including the US and the UK, have issued a joint statement saying the Afghan people “deserve to live in safety, security and dignity”, and that security and civil order should be immediately restored.

They also called on the Taliban to allow anyone who wishes to depart to do so, and to keep roads, airports and border crossings open.

The Taliban ordered their fighters to enter Kabul on Sunday, after earlier holding them back at the outskirts of the city.

They said they were going in to prevent chaos and looting after security forces left parts of the capital.

The Taliban’s advance into Kabul came after President Ghani fled. Details of his whereabouts are not confirmed but Al Jazeera, citing a member of his staff, said he had flown to Tashkent in neighbouring Uzbekistan.

In a Facebook post addressed to Afghan citizens, Mr Ghani said he made the difficult decision to leave to avoid bloodshed in the capital city.

“The Taliban won victory in the judgment of sword and gun and they have responsibility to protect the honour, prosperity and self-respect of our compatriots,” he said.

The president was criticised by other politicians for leaving. (Courtesy BBC)