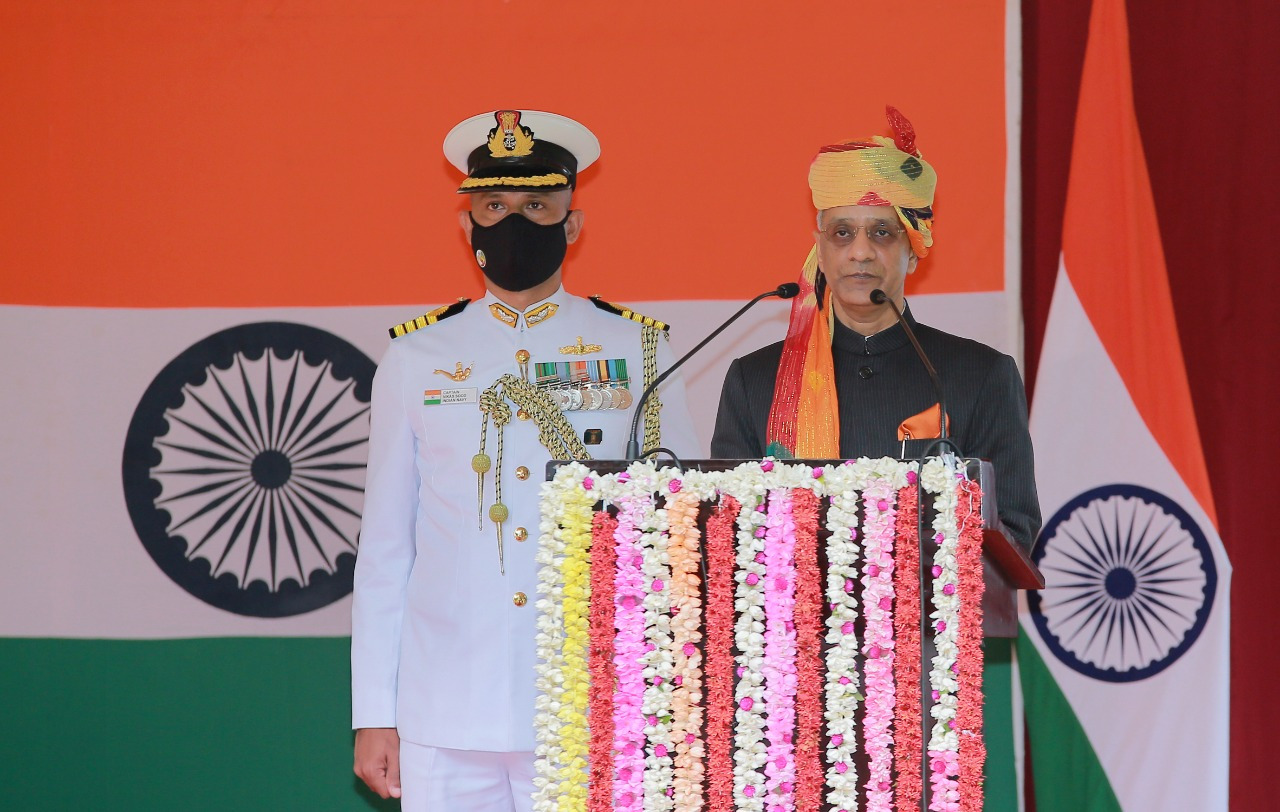 The President tweeted extending his wishes to India as the country celebrated the 75th anniversary of independence.

“Our nations have long enjoyed a strong alliance that I look forward to strengthening even further in future,” President Rajapaksa tweeted.

The 75th Independence Day of India was celebrated in different parts of Sri Lanka today (Sunday) in strict compliance with COVID-19 protocols.

The celebrations this year are part of the ‘Azadi Ka Amrit Mahotsav’ initiative launched by Prime Minister Narendra Modi in March 2021, to commemorate 75 years of a progressive and self-reliant India.

The main event was held at ‘India House’, the official residence of High Commissioner of India. The High Commissioner hoisted the national flag and inspected the guard of honour. He also read excerpts of the President of India’s message on the occasion. The event was telecast live and was attended virtually by friends of India in Sri Lanka and members of the Indian diaspora in Sri Lanka.

A special prayer – ‘Ashirvad Puja’ – was held at Param Dhamma Chaitya Pirivena for the well-being of people of India and Sri Lanka on the day. The Indian monks at the Pirivena especially celebrated the Independence Day with great fervour. Several other cultural events were also organized online to commemorate the occasion. This included performances by the Colombo Expatriates Cultural Association, an Indian diaspora grouping and ‘Pavala Natya Maala’ – a collection of dance performances organized by Swami Vivekananda Cultural Center in collaboration with Arusri Art Theatre etc.

A series of innovative initiatives were organized on social media platforms in the run upto the event including Fashion show, food festival and recital of Indian patriotic songs. These events received enthusiastic response and thousands of people participated from across the Island.

Events were organized by the Assistant High Commission in Kandy, Consulate General in Jaffna and Consulate General in Hambantota as well to mark the 75th Independence Day. Several iconic buildings like the Galle Fort, Jaffna Cultural Centre, India House, Taj Samudra and Indian chancery premises at Colombo, Jaffna, Hambantota and Kandy were illuminated with colours of the Indian flag on Independence Day eve. (Colombo Gazette)