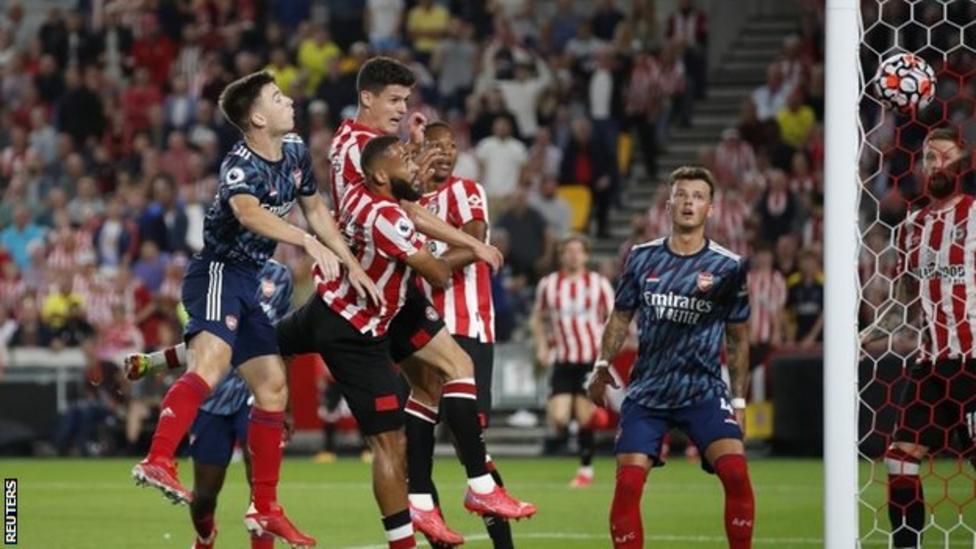 Brentford celebrated their return to the top tier after a 74-year absence with a memorable, magnificent victory over woeful Arsenal as they opened their Premier League campaign in style.

Thomas Frank’s side were vibrant, skilful and energetic on a night of high emotion at the Brentford Community Stadium, making the perfect start to the season, but inflicting serious pain on the Gunners in a sobering 90 minutes for the visitors.

Brentford took to life in the big time with ease and fully deserved the lead given to them after 22 minutes when Sergi Canos drove low past keeper Bernd Leno at the near post, although Arsenal complained bitterly that the ball had gone out of play in the build-up.

Only Emile Smith Rowe truly rose above the mediocrity for Arsenal, forcing a save out of Brentford keeper David Raya – who also brilliantly denied Nicolas Pepe late on – before the home fans exploded in noise and elation when they scored a second with 17 minutes left.

Brentford’s supporters, understandably, celebrated wildly at the final whistle, but this was a result and performance that instantly turns the spotlight on Arsenal manager Mikel Arteta as he desperately needs an improvement on last season.

Brentford could not have made a better start to life in the Premier League, showing the pedigree that has made them such an entertaining side on their journey to this stage.

On a thunderous night at the Brentford Community Stadium, the arena was alive with noise and excitement well before kick-off – and what happened when the action started only raised those levels.

Tough days will inevitably lie ahead for the top-flight newcomers, but this was a night when the Bees showed what they were all about under charismatic manager Frank.

Once they realised Arsenal had little offer after the early exchanges, Brentford took charge and Bryan Mbeumo had already struck the post before Canos opened the scoring.

They grew in confidence, winning the physical challenges, attacking swiftly and, on the rare occasions he was called upon, keeper Raya looked a class act.

Frank and his players rightly savoured the moment at the final whistle – in front of supporters who did themselves huge credit with the standing ovation given to Arsenal substitute Bukayo Saka, who was racially abused after missing a penalty in England’s Euro 2020 final loss to Italy.

This was quite simply how Brentford would have scripted it. No-one can begrudge them their victory – and the manner in which they revelled in it.