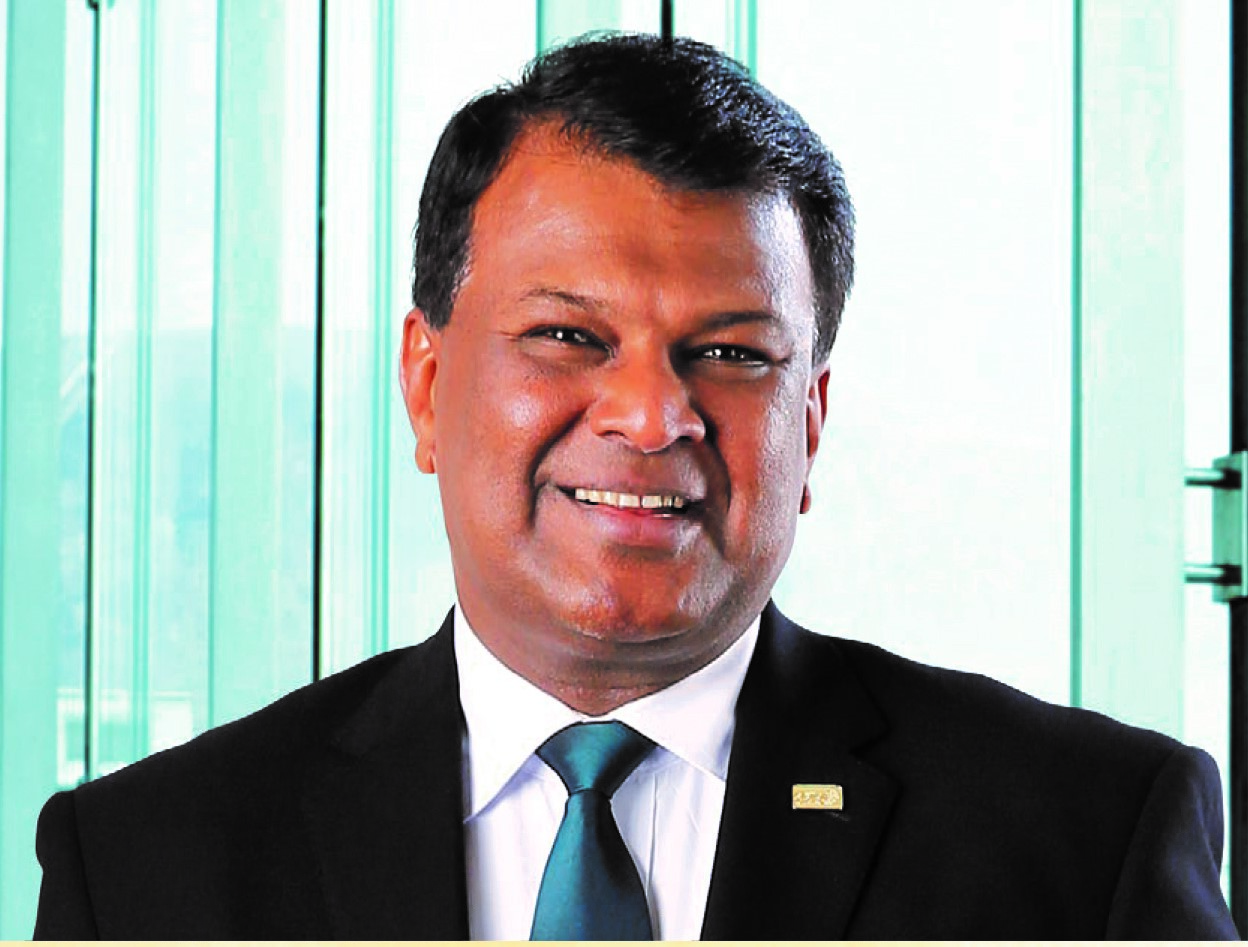 The recent move by the government to ensure the availability of fertiliser critical for the country’s agriculture sector is welcomed by all industry stakeholders – including the Regional Plantation Companies (RPCs), which cultivate tea, rubber and other plantation crops. This is a crucial source of support at a time the tea industry in particular, is facing numerous challenges. Hence, the government’s actions are appreciated and commended by all RPCs.

However, recent discussions on fertiliser have brought to the fore certain misconceptions held by certain critics and members of the public on agricultural practices in Sri Lanka’s tea plantations – which produce the world-renowned ‘Ceylon Tea’, one of Sri Lanka’s largest exports and foreign exchange-earners.

Hence, this article will address such myths and misconceptions and put the record straight on the practices with regard to fertiliser and agro-chemical usage in tea plantations managed by Regional Plantation Companies (RPCs).

At the onset, it should be noted that more than 70% of Sri Lanka’s tea is produced by the smallholder sector, which does not come under the management of the RPCs. RPCs can only comment on practices adopted on plantations managed by Regional Plantation Companies.

Integrated agriculture practices refer to the use of a combination of traditional and modern methods for cultivation, done with due focus on social and environmental factors (beyond mere commercial considerations), with the intention of ensuring long-term sustainability.

Sri Lanka’s tea plantations have been producing output of the highest quality, meeting highly rigorous international quality standards for more than 150 years, which would clearly not have been possible without the use of integrated agriculture practices.

To provide an example of how this is practised operationally, for weed management, RPC plantations use various biological methods (for instance, predators which consume and control the population of harmful insects) and do not rely exclusively on synthetic/chemical inputs. Similarly, all activities related to cultivation, plant protection etc., use a combination of traditional practices, organic material and recommended agro-chemicals used in prescribed quantities.

Some appear to be of the view that RPCs apply agro-chemicals liberally in large quantities. Firstly, this would be highly imprudent and would go against the very interests of the RPCs. Agro-chemicals are a notable component of the cost of production (CoP), and over-application would simply increase costs.

This myth is also dispelled by the fact that the tea industry of Sri Lanka is by far the most environmentally and otherwise certified tea industry in the world. RPC plantations have been accredited and certified by numerous internationally-reputed organisations such as Rainforest Alliance, Forest Stewardship Council, Fairtrade International and adhere to Good Agricultural Practices (GAP).

In addition, Sri Lankan tea has been recognised as the world’s ‘cleanest’ tea since 1975 by the Food and Agriculture Organisation (FAO) of the United Nations (UN).

95% of Sri Lanka’s tea production is exported. Shipments of tea produced in Sri Lanka are exported to countries, including European countries, with stringent standards in terms of maximum residue limit (MRL), which refers to the highest level of a chemical residue legally allowed in food and beverages.

Baseless allegations on high agro-chemical usage by tea plantations are also a disservice to the invaluable contributions of globally respected organisations such as the Tea Research Institute (TRI) of Sri Lanka. TRI follows a rigorous testing and approval process in allowing the use of agro-chemicals for tea cultivation.

Following trials, often conducted over several years, agro-chemicals have to be approved for use by an independent professional committee.

While some have claimed in the past that certain chemicals used in tea plantations contributed to health issues in non tea-growing parts of the country, reputed local bodies such as the National Science Foundation has refuted such baseless claims.

Multiple safeguards at the producer, national, international and buyer level ensure strict compliance of the RPCs with best practices in agro-chemical usage.

Niche markets are not a viable option

Some on the other hand, have speculated on the possibility of avoiding agro-chemical usage in Sri Lankan tea plantations by opting for organic cultivation.

Unfortunately, the biggest deterrent to organic tea cultivation is completely beyond the control of growers, as it is the preference of buyers of Ceylon Tea. Ceylon Tea is known and preferred due to certain properties such as aroma, taste and colour. These properties are impacted by the type of plant nutrients applied. When organic inputs are used, the final products tend to differ significantly in terms of appearance, taste, aroma etc. from Ceylon Tea that buyers prefer and are accustomed to. While few plantations have attempted cultivation of organic tea, a number of such experiments have failed due to lack of buyer demand.

There is certainly a small niche market globally for organic tea – which is less than one percent of the total market. However, Sri Lanka’s tea industry, which is already facing severe challenges on multiple fronts, is in absolutely no position to completely re-align itself (including by finding new markets and buyers) to switch and cater to this small segment. An industry which exceeds USD 1.2 billion in value (in terms of total export earnings in 2020) cannot sustain itself by catering to a small niche.

It should be noted that RPCs are responsible for providing employment to 105,000 workers in total and for providing various facilities for a total resident population of approximately one million. Beyond commercial considerations of individual companies, it would be highly irresponsible for the RPCs to ‘bet’ the wellbeing of nearly five percent of the country’s population resident on RPC plantations on a highly niche and a still emerging sector.

Another consideration which cannot be ignored is the probability of greater disease, if 100% organic cultivation methods were to be adopted. Many Sri Lankans would have heard of the famous ‘coffee leaf rust’ which commencing in 1869 entirely wiped out Sri Lanka’s significant extent of coffee plantations at the time.

Due to lack of ability (in terms of availability of agro-chemicals etc.) at that time to treat the fungal disease, the entire industry was wiped out. Now, while thanks to advances in agriculture and technology it is possible to address such challenges, it would be extremely difficult to do so, without the use of agro-chemicals to any degree.

For instance, at times of high humidity in plantations, it can be necessary to apply fungicides. If not, due to fungal diseases 20% to 30% of the crop could be lost within a relatively short period of time. Hence, while the coffee leaf rust example is an extreme scenario, it is not one which can be ruled out. Anywhere in the world where conventional agriculture is practiced, agro-chemicals are critical in dealing with such challenges.

Unlike fungicides, lack of application of suitable fertiliser in sufficient quantities may not be immediately apparent in tea. However, given that tea is perennial crop, with tea bushes being able to produce output for 30 or 40 years or more, once the changes start to manifest within a period of perhaps six months, the impact could potentially be long-term and last throughout the life of the tea bush.

Critics can perhaps make invalid comparisons to dispute the above, such as stating that even in midst of fertiliser shortages, national tea production has increased thus far this year, compared with the previous year. This is simply due to last year being unfavourable for tea production, with the drought resulting in a massive 40% crop loss.

In conclusion, despite certain claims to the contrary, Sri Lankan tea plantations managed by Regional Plantation Companies adhere to all necessary safeguards with regard to responsible agro-chemical usage at both national and international level. If not, the Ceylon Tea brand would not be as strong and internationally-acclaimed for its quality.

RPCs have actively and voluntarily adopted measures such as integrated agriculture practices, to minimise usage of agro-chemicals and incorporate organic elements and biological methods. However, there is an extent to which this can be done and converting to organic tea cultivation for the industry as a whole is not a feasible solution, considering that organic tea is a small, highly niche sector. In addition, converting entirely to organic creates other risks, including greater prevalence of disease.

RPCs have been part of the Ceylon Tea industry for many decades and are not looking to make a ‘quick buck’ and endanger the industry’s sustainability, our own and the livelihoods of our workers, by irresponsible usage of agro-chemicals. RPCs have made a significant contribution to the development of the Ceylon Tea industry and the long-term growth of the industry is very much in our interest. Hence, I would urge all industry stakeholders and members of the public to not be swayed by myths and misconceptions on the practices of RPCs with regard to agro-chemical usage.

Dr. Roshan Rajadurai is the Managing Director of the Plantation Sector of Hayleys PLC (which comprise Kelani Valley Plantations, Talawakelle Tea Estates and Horana Plantations). A former Chairman of the Planters’ Association of Ceylon, Dr. Rajadurai has 36 years of experience in the plant