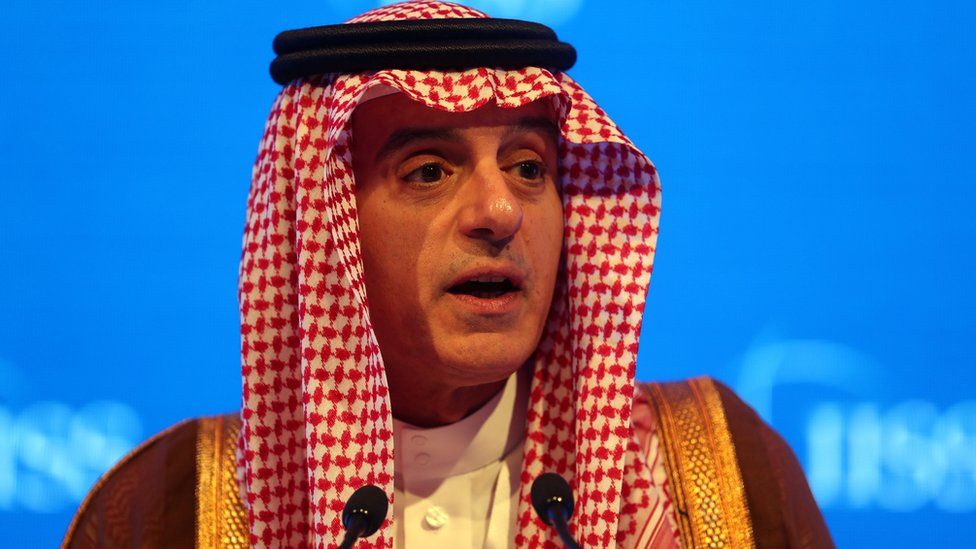 Saudi Arabia has assured it will continue to attach importance to its bilateral partnership with Sri Lanka.

In his virtual discussion with the Minister of State for Foreign Affairs of Saudi Arabia Adel bin Ahmed Al-Jubeir, Foreign Minister Dinesh Gunawardena lauded the bilateral relations with Saudi Arabia and highlighted the potential that existed for further advancement of cooperation.

The Foreign Minister Gunawardena noting the progressive steps taken by both countries to strengthen diplomatic relations since 1974, recalled the contributions made by the Saudi Royalty to deepen and expand the relationship into varied areas of development cooperation and joint collaboration. The Minister Gunawardena conveyed the  greetings from the Head of State of Sri Lanka and himself to the King Salman bin Abdulaziz Al Saud -and the Crown Prince Mohammed bin Salman bin Abdulaziz Al Saud.

He also thanked the government of Saudi Arabia for the assistance provided for the repatriation of Sri Lankan migrant workers during the early stages of the Covid-19 pandemic.

Minister Gunawardena also stressed that Sri Lanka looks forward to further strengthening the existing relations in political, economic, social and development spheres  as well as in the tourism and hospitality sector. The productive contribution made by Saudi Development Fund in Sri Lanka’s national development was acknowledged with gratitude.

The Minister of State for Foreign Affairs of Saudi Arabia Al-Jubeir assured Minister Gunawardena that Saudi Arabia continued to attach importance to its bilateral partnership with Sri Lanka and that further scope would open up in the bilateral relations in the priority areas identified by Sri Lanka in the near future.

Both ministers recalled that the two countries worked closely at the United Nations and its affiliated agencies and supported each other’s candidatures on numerous occasions. It was further highlighted that Sri Lanka supported the  Saudi Green and Middle East Green Initiative, which called for regional cooperation to tackle the environmental challenges facing Saudi  Arabia and the wider region. (Colombo Gazette)