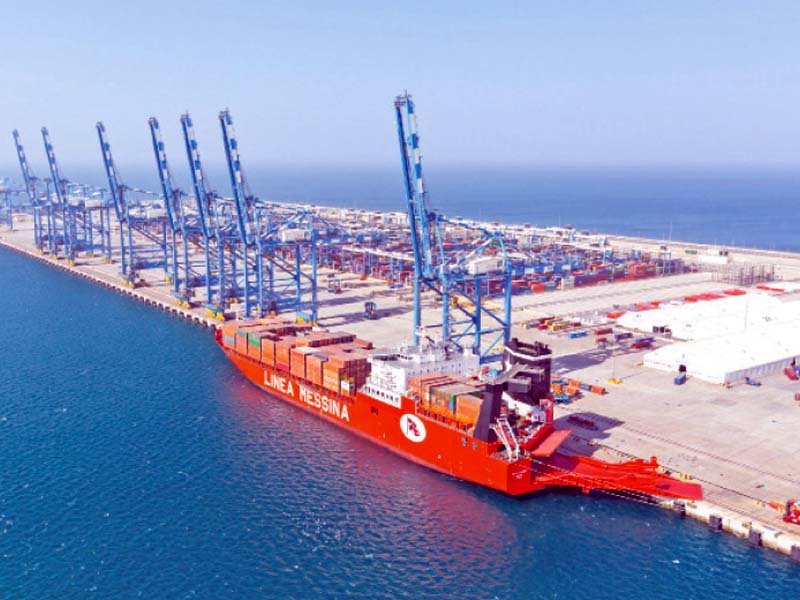 Pakistan and China enjoy close and friendly relations since the establishment of diplomatic relations in May 1951. Pakistan was one of the first countries that recognized the People’s Republic of China. Over the years, the relationship has blossomed into an “All-Weather Strategic Cooperative Partnership”. Pakistan considers China as one of its closest friend and partner and China considers Pakistan as its “Iron Brother”.

Economically, China is Pakistan’s largest trading partner and a major investor, especially in infrastructure and energy sector. During 2018, bilateral trade between the two countries reached US$ 18 billion. With the official launch of China Pakistan Economic Corridor (CPEC), the bilateral relationship has been elevated to a higher level.

The year of 2015 was celebrated as the Year of Friendly Exchanges between Pakistan and China and several events were organized including seminars, and cultural events to highlight people-to-people interactions. Beyond the geo-strategic satisfaction of outflanking India, the traditional mutual arch-enemy of both China and Pakistan, there have been plenty of tangible economic benefits too. Initially, the realignment with Beijing seemed a win-win situation, as the cash-strapped South Asian country drifted away from its traditional ally, the United States.

Concerns of the USA

In November 2019, the most senior official in the U.S. State Department’s Bureau of South and Central Asian Affairs, Ambassador Alice Wells, delivered a forceful critique of CPEC. Applying the administration’s general assessment of the BRI to Pakistan, Wells cited several U.S. concerns about CPEC: its relatively high costs, the long-term effects of its debt burden on Pakistan’s economy, the lack of transparency in its bidding processes that has fueled allegations of corruption, and the paucity of new jobs it has created for Pakistani workers. Washington appeared to remain “concerned that some CPEC projects lack transparency and impose unsustainable levels of debt on Pakistan, with Chinese state-owned enterprises benefitting disproportionately.”

Focusing on the fallout of this growing U.S.-China rivalry is especially important within the already fraught South Asian security environment, where the U.S. has invested in India to counter-balance China, while Pakistan has developed close ties to China. The speed with which the U.S.-China rivalry is intensifying, and the bipartisan nature of U.S. opposition to China have created an especially precarious situation for Pakistan.
Syed Mohammad Ali who teaches human security and security issues in South Asia at Johns Hopkins universities is of opinion that it is in Pakistan’s national interest to avoid placing all its eggs in the China’s basket and to resist potential pressure to side with China in the latter’s strategic rivalry with the United States.

Pakistan’s decision to transfer management of the Gwadar seaport from Singapore to China in 2013 and its joint naval drills with China in the Arabian Sea have fueled suspicions in the region (Gwadar Port was seen by many as the flagship project of China Pakistan Economic Corridor under the BRI). Pakistan is unlikely to support such an outcome, however, as a Chinese naval presence in Gwadar could inflame tensions between Pakistan and several Gulf states, which host a significant U.S. military and naval presence. The January 2019 announcement that Saudi Arabia would fund a $10 billion oil refinery project in Gwadar is likely to offer some reassurance to the U.S. given its close ties to the Saudis. As pointed out by ‘The Diplomat’, Pakistan must take care that Gwadar doesn’t become a Chinese “state within a state.”

Gwadar faces competition from a number of other Chinese maritime port investments in the broader region, including in Colombo and Hambantota in Sri Lanka and Khalifa Port in Abu Dhabi.

China’s role in operating a strategically important port in Pakistan is a matter of concern for India, Defence Minister A.K. Antony commented in February, 2013, as New Delhi and Beijing push for influence in the region. Indian policy-makers have long been wary of a string of strategically located ports being built by Chinese companies in its neighborhood, as India beefs up its military clout to compete with its Asian rival. India is of opinion that the project has been developed by the Chinese government with military advantage of having a People’s Liberation Army (PLA) base opening into the Arabian Sea; Gwadar Port’s strategic geographic location lends it the benefit of monitoring all sea lines of communications passing through the Persian Gulf and the Gulf of Oman.

China pursues a “strategic strongpoint” concept whereby strategically sited foreign ports containing terminals and commercial zones operated by Chinese firms can be used by its military. Of course, high-level coordination between Chinese officials, state-owned enterprises and private firms makes this concept workable, especially when there are connecting infrastructures such as railways, roads and pipelines. Such “strongpoints” offer the potential for China to form a network of supply, logistics and intelligence hubs, and there is certainly a nascent network along the perimeter of the Indian Ocean.

Gwadar is important to Beijing for two reasons. One is establishing direct transport links to the Indian Ocean via the China-Pakistan Economic Corridor (CPEC). In this respect, China does not need its Gwadar investment to create a monetary return, for it is a strategic investment. The second factor is that Gwadar helps anchor or stabilize western China, a region where Beijing feels vulnerable to Islamic agitation.

The Chinese initiatives to exploit mineral wealth of Balochistan (A Pakistani Province) were clearly understood by the locals, including the Pakistan Army. A Chinese company received a contract in the 1990s to extract gold and copper from the mines in Balochistan. Such projects are exploitation of the mineral resources of Balochistan, allege Baloch nationalists. The resistance from Baloch people and the Pakistan army was clearly indicated even by senior army officers up to the rank of Corps Commanders. The Baloch have 3 major grievances with the development and expansion of Gwadar:

1) Jobs at the port – Unemployment rates remain high in the Gwadar area because locals are not being employed by port operators.

2) Land ownership – Because Gwadar is under federal control, the provincial government is not consulted in port construction projects. One Gwadar Port Authority official noted that “Gwadar’s lands have been seized by state agencies, the coast guards, the navy, the paramilitaries… this is a land grab”.

3) Fisheries – The port was constructed on a prime fishing area, the main livelihood for over 80 percent of the town’s population. None of the local fishermen were consulted during the development and construction of Gwadar.

It’s not just the Americans and Indians who are worried. Many Pakistanis also observe that the alliance has been demanding on their country’s resources, people and international reputation. Sri Lanka officially handed over its strategically important port of Hambantota to China on a 99-year lease, after Colombo failed to repay its debts to Beijing. The move has raised concerns in Pakistan that its Gwadar port, built as part of a trade corridor with China, could meet with the same fate.