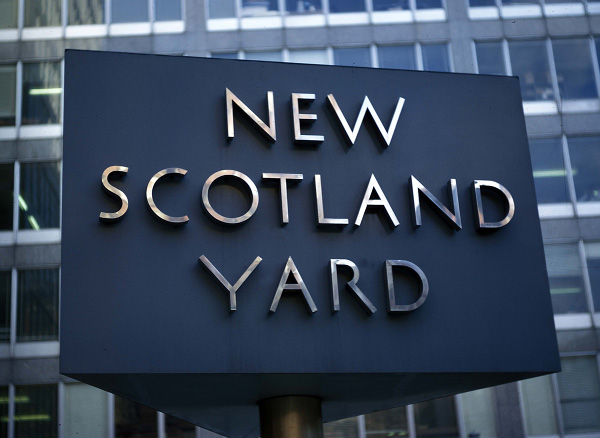 Kudos to the Scotland Yard. They are on their way to retrieve their lost glory. The arrest of a British Pakistani national by the Metropolitan Police for attempting to murder a Pakistani blogger might expose Pakistan’s brutal attempts by the notorious Inter-Services Intelligence (ISI) to silence journalists, bloggers and human rights activists in foreign countries. The victim was hiding in the Netherlands from the ISI since 2007.

Pakistan has been systematically silencing critics, in the media as well as human rights organisations, for the last years. But under Prime Minister Imran Khan, a more diabolic campaign has been launched against journalists, bloggers and human rights activists living outside Pakistan.

Although the exact number is not known, scores of media professionals, human rights activists and bloggers have fled Pakistan to escape persecution in recent years. Ahmed Waqas Goraya was one of them. Goraya has been a vocal critic of the army, accusing top Generals of malfeasance. He had been particularly targeting former army spokesperson, Lt. Gen. Asim Bajwa, currently head of the CPEC Authority, for his family’s business interests. In January 2007, Goraya along with four other bloggers were abducted, tortured and kept in secret prisons for days. They were also targeted in a vicious campaign unleashed at the behest of the army accusing them of blasphemy, a crime punishable with death.

On his release, Goraya fled Pakistan and found asylum in the Netherlands. He did not give up his campaign against the army and found himself to be the target of hired assassins in February 2020 and February 2021. In Feb. 2020, he was pounced upon outside his house and assaulted by anonymous persons. He later told the media that it was a classic ISI-style hit. A year later, an anonymous assassin was spotted stalking his house. The Dutch Police, which learnt of the presence of the assassin, quickly moved in to protect Goraya and launched a determined investigation.

The result was the arrest of Muhammad Gohir Khan, 30, a Pakistani British national, by the Scotland Yard police. Though investigations carried out by the British and Dutch police have not found any association between Gohir Khan and Pakistan’s notorious intelligence agency, ISI, the victim blogger as well as several journalist organisations believe otherwise.

Goraya is insistent that only ISI has been preparing to kill him since 2007 when he fled Pakistan. Reporters Sans Frontier, a well-known organisation of journalists, which has been tracking Goraya’s case since 2007, has called upon the Dutch and British police to chase all possible leads, including summoning Pakistani diplomats, to unearth the conspiracy and find the real masterminds behind the arrested assailant.

The arrest was the result of a remarkable and pain-staking investigation by the Metropolitan police, in collaboration with the Dutch police, quite unlike the lackadaisical probe launched by the Canadian police into the mysterious death of another Pakistani activist, Karima Baloch.

Karima was found mysteriously dead in her apartment in Canada where she had been living in asylum. Karima too had fled the country to escape the ISI dragnet. The haste shown by the Canadian police to label the death as suicide was unprofessional. Karima, like Goraya, was being hunted by the ISI for some time. Gohir Khan’s arrest and his trial could just open the pandora’s box for the ISI. This could be the second case involving the ISI to attract global attention in recent times. Early this year, substantial evidence appeared in the French media accusing the ISI of masterminding a suicide attack on French engineers in Karachi in 2002. (Courtesy Asian Lite)