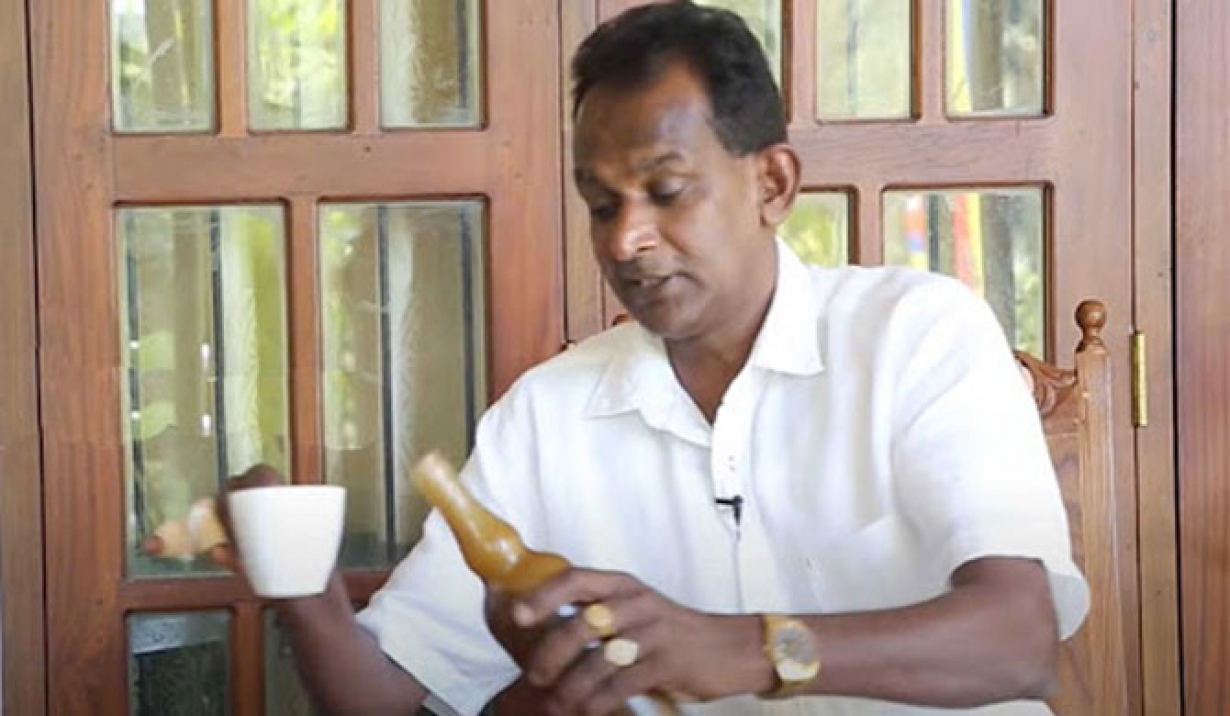 The licence issued for the ‘Dhammika Paniya’, a tonic promoted as a cure for the coronavirus, has been revoked.

Commissioner of Ayurveda, Dammikka Abeygunawardena said that a temporary licence had been issue for the medicine.

However, he said that the medicine had not passed the clinical trials.

He said that clinical trials did not prove the medicine was effective as claimed.

As a result, Abeygunawardena said that the temporary licence has now been revoked.

Speaker Mahinda Yapa Abeywardena was among those who tested Dhammika Bandara’s Covid tonic.

Ayurvedic practitioner Dhammika Bandara from Hettimulla, Kegalle visited the Speaker in Parliament and handed over the tonic.

The tonic was consumed by the Speaker and a group of Parliamentarians. (Colombo Gazette)