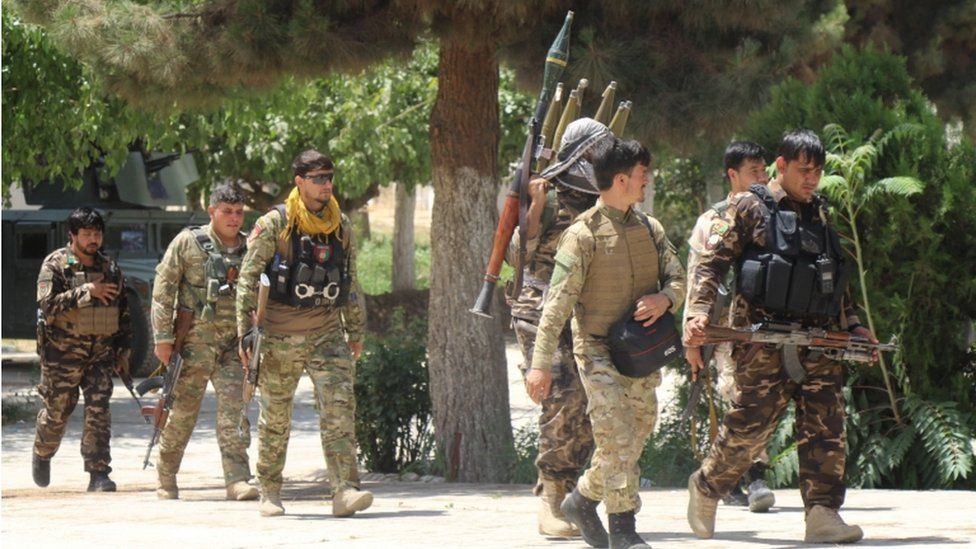 At least 27 children have been killed in Afghanistan in three days amid fierce fighting between the Taliban and government forces, the UN has said.

The UN children’s agency Unicef said it was shocked by the “rapid escalation of grave violations against children”.

The Taliban have been making major advances across the country as foreign troops withdraw, taking six regional capitals since Friday.

They have rejected international calls for a ceasefire.

More than 1,000 civilians have been killed as a result of the conflict in the past month.

In a statement on Monday, Unicef said the atrocities being committed against children were growing “higher by the day”.

The 27 fatalities were recorded across three provinces – Kandahar, Khost, and Paktia. Some 136 children were also injured in these areas over the past three days, Unicef said.

“Afghanistan has long been one of the worst places on Earth to be a child but in recent weeks and, indeed, the last 72 hours, that’s got a lot worse,” Unicef Afghanistan’s Samantha Mort told the BBC.

Children have been killed and injured in roadside bombs and in the crossfire. One mother told the group that her family were asleep over the weekend when their home was hit by shrapnel, which started a fire and left her 10-year-old son with “horrific burns”. Many children are also sleeping outside after fleeing their homes.

Unicef has called on all sides to ensure that children are protected. (Courtesy BBC)