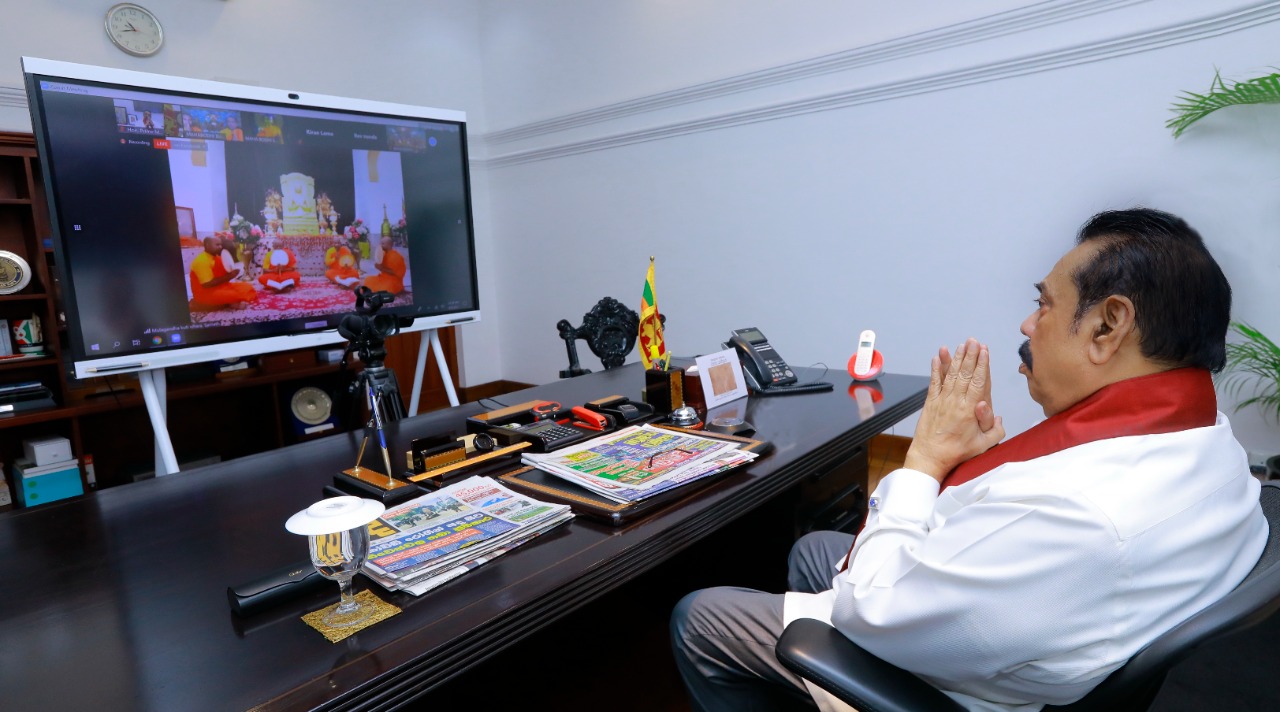 Special prayers were held in India today for the well-being of the people of Sri Lanka, the Indian High Commission in Sri Lanka said.

The Maha Bodhi Society of India conducted the ‘Sri Lanka-India Ashirvad Puja’ at the sacred Mulagandhakuti Vihara in Saranath today for the health and well-being of the people of Sri Lanka, particularly in view of the current situation in Sri Lanka.

Prayers were also offered for the continued strong bilateral partnership between India and Sri Lanka.

Various Temples and offices associated with the Society spread across India such as Bodh Gaya, Lumbini, Kolkata, Lucknow etc also took part in these prayers online.

Another special offering was also made to Lord Venkateswara at Tirumala Tirupati Devasthanam for Prime Minister Mahinda Rajapaksa and the people of Sri Lanka. The Prime Minister is a devotee of the Temple and has paid his reverence to the Deity during several of his visits to India.

“It may be recalled that several special prayers and ceremonies were held by people of different faiths across Sri Lanka for their brethren in India during the second COVID-19 wave in India. Prayers for the well-being of each other underscore the deep people-to-people ties and civilizational linkages between the two countries,” the Indian High Commission in Sri Lanka said.

The special prayers at two of the most revered and sacred locations in India gain particular significance as they also mark the first anniversary of assumption of office by Prime Minister Mahinda Rajapaksa in his current term. (Colombo Gazette)