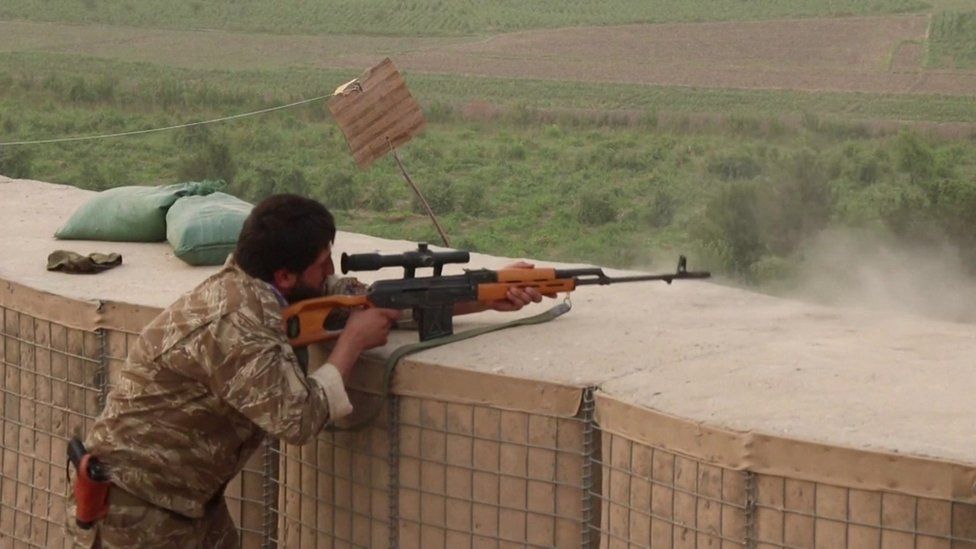 The Taliban have captured the key northern Afghan city of Kunduz, one of the country’s largest, after fierce fighting with government forces.

A local official told the BBC all but the city’s airport had fallen to the militants. The group’s flag was seen raised in the city centre.

Chaotic scenes have been reported with buildings and shops ablaze.

Four regional capitals have now fallen to the Taliban since Friday. Kunduz is their most important gain this year.

The militants also fought their way into another northern city, Sar-e-Pul, which was captured within hours of Kunduz. Afghan officials insist their forces remain in the cities that have fallen, and fighting is ongoing.

Violence has escalated across Afghanistan after US and other international forces began to withdraw their troops from the country, following 20 years of military operations.

Taliban militants have made rapid advances in recent weeks. Having captured large swathes of the countryside, they are now targeting key towns and cities.

There is also heavy fighting in Herat in the west, and the southern cities of Kandahar and Lashkar Gah.

Thousands of civilians have been displaced during the fighting this year. Families, including babies and young children, have been sheltering in a school in the north-eastern city of Asadabad.

“Many bombs were dropped on our village. The Taliban came and destroyed everything. We were helpless and had to leave our houses. Our children and ourselves are sleeping on the ground in dire conditions”, Gul Naaz told AFP.

“There was firing, one of my seven-year-old daughters went out during that fighting and disappeared. I don’t know if she is alive or dead,” another displaced resident said.

Meanwhile, at least 12 people were killed when a Taliban landmine, aimed at attacking government forces, was detonated by a civilian vehicle in the eastern Paktia province, the Pakistan-based Afghan Islamic Press reported.

The US has intensified its air strikes on Taliban positions, with Afghan military officials saying militants have been killed. But the Taliban say the air strikes hit two hospitals and a school in the city of Lashkar Gah. Neither claim has been independently verified.

The US embassy in Afghanistan has condemned the Taliban’s “violent new offensive against Afghan cities”, saying the group’s actions to “forcibly impose its rule are unacceptable”.

“They demonstrate wanton disregard for the welfare and rights of civilians and will worsen this country’s humanitarian crisis,” it said in a statement. (Courtesy BBC)