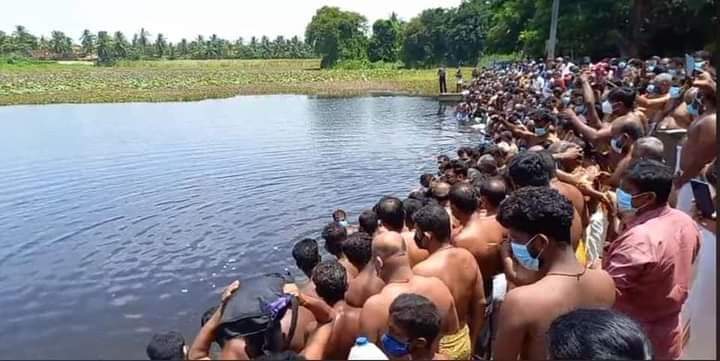 An investigation has been launched after large crowds gathered for a religious event in Batticaloa.

The event had reportedly been held at the Mamangam temple in Batticaloa.

G. Cassilingham, Coordinating Secretary to Prime Minister Mahinda Rajapaksa, tweeted saying that it was unfortunate that the incident took place at a time when people have been urged to remain cautious against the coronavirus.

Cassilingham said he spoke to officials and the Police on the ground and an investigation was now underway. (Colombo Gazette)