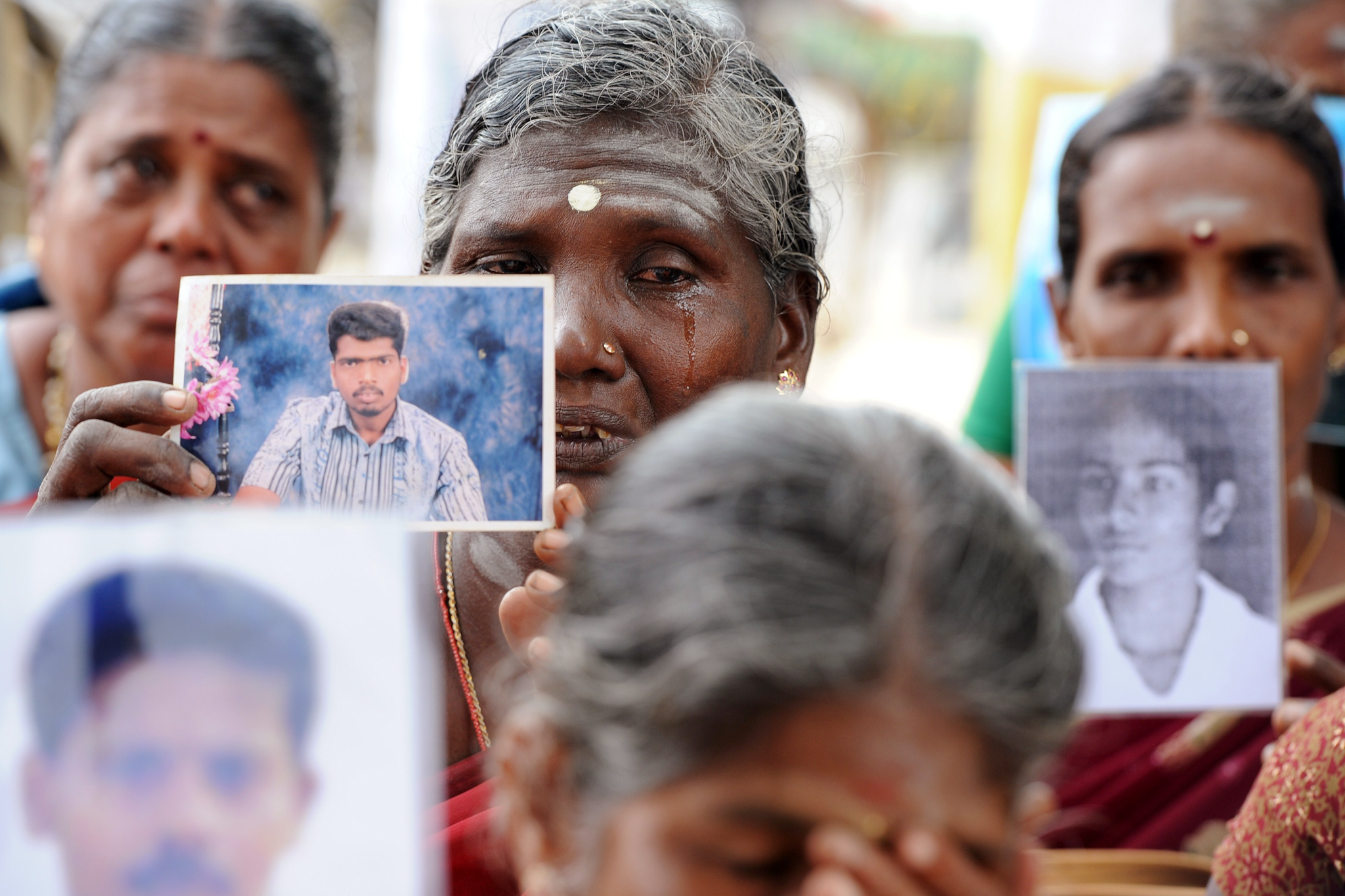 Amnesty International said that tens of thousands of people forcibly disappeared over many decades in Sri Lanka.

The Sri Lankan Attorney General’s (AG) Department had decided not to proceed with charges against  Wasantha Karannagoda, a former Navy commander, over his alleged role in the abduction of 11 Tamil youth in 2008 and 2009.

The Sri Lankan Navy is alleged to have been behind the forcible disappearance of the “Navy 11”.

Responding to the decision Yamini Mishra, Amnesty International’s Asia-Pacific Director, said that Sri Lanka has the world’s second highest number of enforced disappearances, with tens of thousands of people forcibly disappeared over many decades.

“This case was an opportunity for the Sri Lankan authorities to deliver justice for crimes under international law, by ensuring that those reasonably suspected of criminal responsibility, including those implicated for aiding and abetting and under command responsibility, are brought to trial,” Yamini Mishra said.

Mishra said the case has already been beset by obstacles in the Sri Lankan courts, and the AG’s decision pushes justice further out of reach for the families of victims.

“The AG’s department must explain the reasons for its decision, and Sri Lankan authorities must deliver truth, justice and reparations for all victims of enforced disappearance,” Mishra said.

The “Navy 11” case refers to the enforced disappearance of 11 Tamil youth in 2008-2009, allegedly in an abduction racket spearheaded by members of the Sri Lankan Navy. Senior military commanders are implicated.

In August 2018 the Criminal Investigation Department (CID) of the police arrested Lt. Commander Chandana Prasad Hettiarachchi, alias “Navy Sampath”, as the main suspect. The CID accused then Chief of Defence Staff Admiral Ravindra Wijeguneratne of shielding one of the main suspects, and the court also ordered his arrest. In February 2019, former Commander of the Sri Lanka Navy, Admiral Wasantha Karannagoda, was named as the 14th suspect in the case. He was accused of having known about the enforced disappearance by naval personnel he had command responsibility over, and choosing to take no action. On 4 August 2021, media reported that the Attorney General’s department had decided not to proceed with charges against Karannagoda.

The case has faced many obstacles in the Sri Lankan courts. In January 2020, President Gotabaya Rajapaksa appointed a Presidential Commission of Inquiry into “political victimization” under the previous Government. Many state officials facing trial over human rights violations have complained of being “politically targeted” by the previous Government, and have sought the Commission’s support in absolving them from ongoing court cases. As a result, the Commission has intervened in cases that are pending before courts, especially where military members are implicated. (Colombo Gazette)