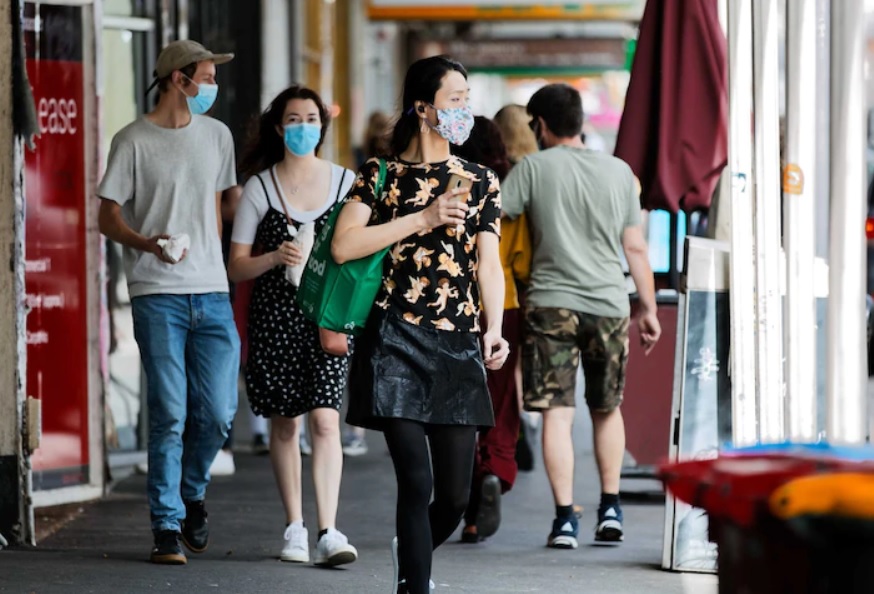 The state of Victoria in Australia will enter its sixth lockdown from tonight in response to unexpected new mystery cases of COVID-19 in recent days.

Eight new cases of COVID-19 were reported in the state today, with six of those from results received on Wednesday.

The lockdown will last for seven days and there will only be five reasons for leaving home: getting groceries and supplies, exercise, care or caregiving, authorised work or education that cannot be done from home and getting vaccinated.

Under the rules, shopping and exercise must be done within five kilometres of your home.

Mask rules will remain unchanged, with masks mandatory in all indoor and outdoor settings except for inside your own home.

Premier Daniel Andrews described the decision to lock down again as “very difficult”.

“I can’t tell you how disappointed I am to have to be here doing this again,” he said.

“But with so few in the community with one vaccination, let alone two, I have no choice but to accept advice, and we collectively [have] to make this important decision to keep Victorians safe.

“The alternative is we let this run … away from us and our hospitals will be absolutely overwhelmed [with] not hundreds of patients but thousands.”

Dozens of new exposure sites have been listed over the past 24 hours, with most in Melbourne’s west.

One of the unlinked cases is a man who lives in the City of Maribyrnong and works in a warehouse in Derrimut.

Mr Weimar said one “line of inquiry” for that case involved relatives of the man who had recently returned from Sydney.

He said the results of tests on that man’s housemate and other relatives were due to be returned either tonight or early tomorrow morning.

Another two positive cases are a Hobsons Bay couple — a woman who works as a teacher at Al-Taqwa College in Truganina and a man who works in Caroline Springs.

More than 2,000 students and 300 staff members from Al-Taqwa College have been told to isolate for 14 days.

The woman was working at the school last Wednesday, Thursday and Friday, and it is believed she may have been infectious during that time.

The man plays for the Newport Football Club and played a game against West Footscray at Shorten Reserve on the weekend. All Newport players and officials are being tested and isolating until further notice.

Mr Weimar said relatives of the couple who live in Altona North had been tested, and two of them had returned positive results.

He said it was believed there had been some “household-to-household” contact in both the Hobsons Bay and Maribyrnong cases.

It’s also been confirmed residents of North Melbourne public housing towers are among the primary close contacts linked to Al-Taqwa College who will have to isolate for a fortnight.

Ubah Jama’s children are students at Al-Taqwa, so now her family of seven will have to isolate for 14 days in the Alfred Street towers. (Courtesy ABC News)