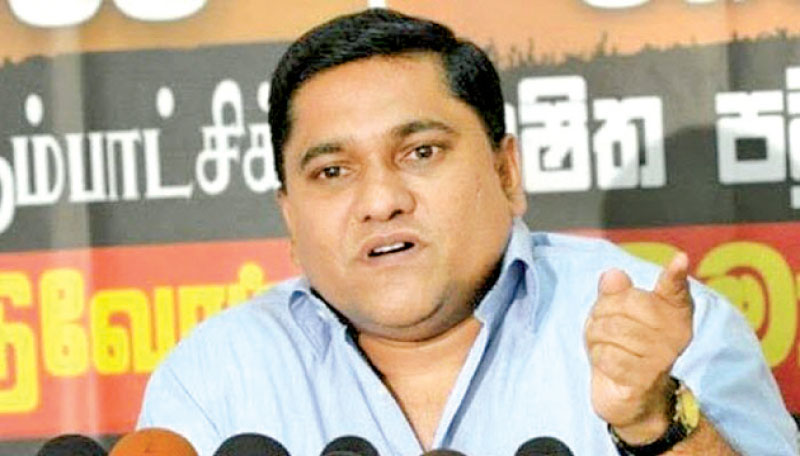 The Janatha Vimukthi Peramuna (JVP) today warned of a Government coronavirus cluster after a number of MPs of the ruling party tested positive or had close contacts with people infected.

Parliamentarian Vijitha Herath said that the Government has been warning of a “teacher cluster” as a result of protests staged by teachers.

However, he said the concern should be over a “Government cluster” forming after a few Ministers tested positive for Covid.

He noted that Agriculture Minister Mahindananda Aluthgamage has tested positive for COVID-19 while there are reports that Energy Minister Udaya Gammanpila was also infected.

Meanwhile, Minister Wimal Weerawansa had also isolated himself after some of his security officers tested positive for Covid.

“Government Ministers are infected. Is it because of the protests? This is a Government cluster,” Vijitha Herath told Parliament today.

Aluthgamage had said that he fell ill on Tuesday and decided to take a rapid antigen test.

He said that the results from the test showed that he was infected.

Energy Minister Udaya Gammanpila had said earlier this week that his Ministry had been closed until Friday 6th August.

The Minister had said that although his antigen test recorded negative, he placed himself under quarantine. (Colombo Gazette)