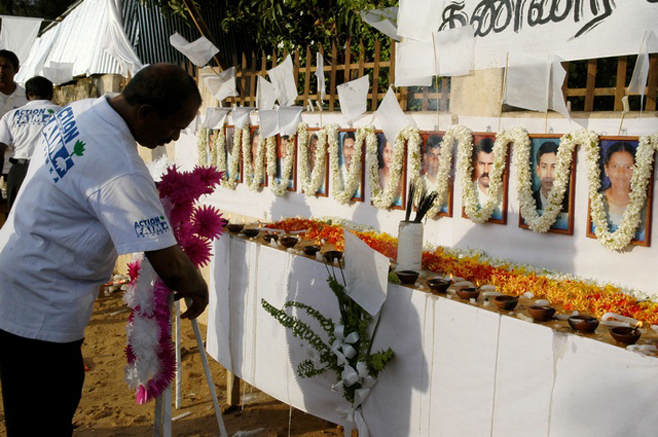 On August 4, 2006, 17 ACF worker were executed in Muttur. The men and women – who were clearly identified as humanitarian workers – were murdered in their offices as they worked to provide assistance to survivors of the 2004 Indian Ocean tsunami.

“Since then, Government authorities have not taken any action to bring those responsible for the murders to justice. Action Against Hunger continues to demand the prosecution of the perpetrators,” ACF said in a statement.

ACF said the assault, led by some members of the Sri Lankan Government forces, constitutes a war crime, as the Geneva Convention rules that, during wartime, civilians and aid workers’ protection remains an uninfringeable principle of international humanitarian law.

“For 15 years, Sri Lankan authorities have not taken any action to support the victims or their families, though the gravity of this crime has been recognized by the highest international authorities. The involvement of the Sri Lankan authorities, their efforts to block any real investigations, and the passage of time make the pursuit of justice for our colleagues even more difficult and complex,” ACF said.

ACF said that despite the impunity for these assassinations, Action Against Hunger ensured an international investigation was launched in 2014, which resulted in a report on the crimes conducted during the Sri Lankan Civil War.

“The United Nations Human Rights Council corroborated our conclusion that the Sri Lankan security forces were involved in the attack and that the victims’ families and witnesses were under threat,” ACF said.

The Human Rights Council requested that a Special Tribunal be created, a proposal that was validated by the United Nations and the Sri Lankan Government.

“However, this Tribunal has been consistently postponed. The Sri Lankan Government opposes the presence of international judges in the country. Last January, the Office of the United Nations High Commissioner for Human Rights emphasized in a report that Sri Lanka remains in a state of denial about the past, with truth-seeking efforts aborted and the highest State officials refusing to make any acknowledgement of past crimes,” ACF said.

ACF noted that since the beginning of 2021 alone, nearly 200 aid workers around the world have been killed, injured or kidnapped while helping vulnerable people.

“These tragedies remind us that the international community must mobilize to ensure that indifference and disregard for international humanitarian law do not prevail,” ACF said.

ACF demanded justice for its staff and their families and more broadly called on all parties to armed conflicts—and those who can influence them—to uphold international humanitarian law and to allow humanitarian aid to be delivered to communities in need, safely. (Colombo Gazette)