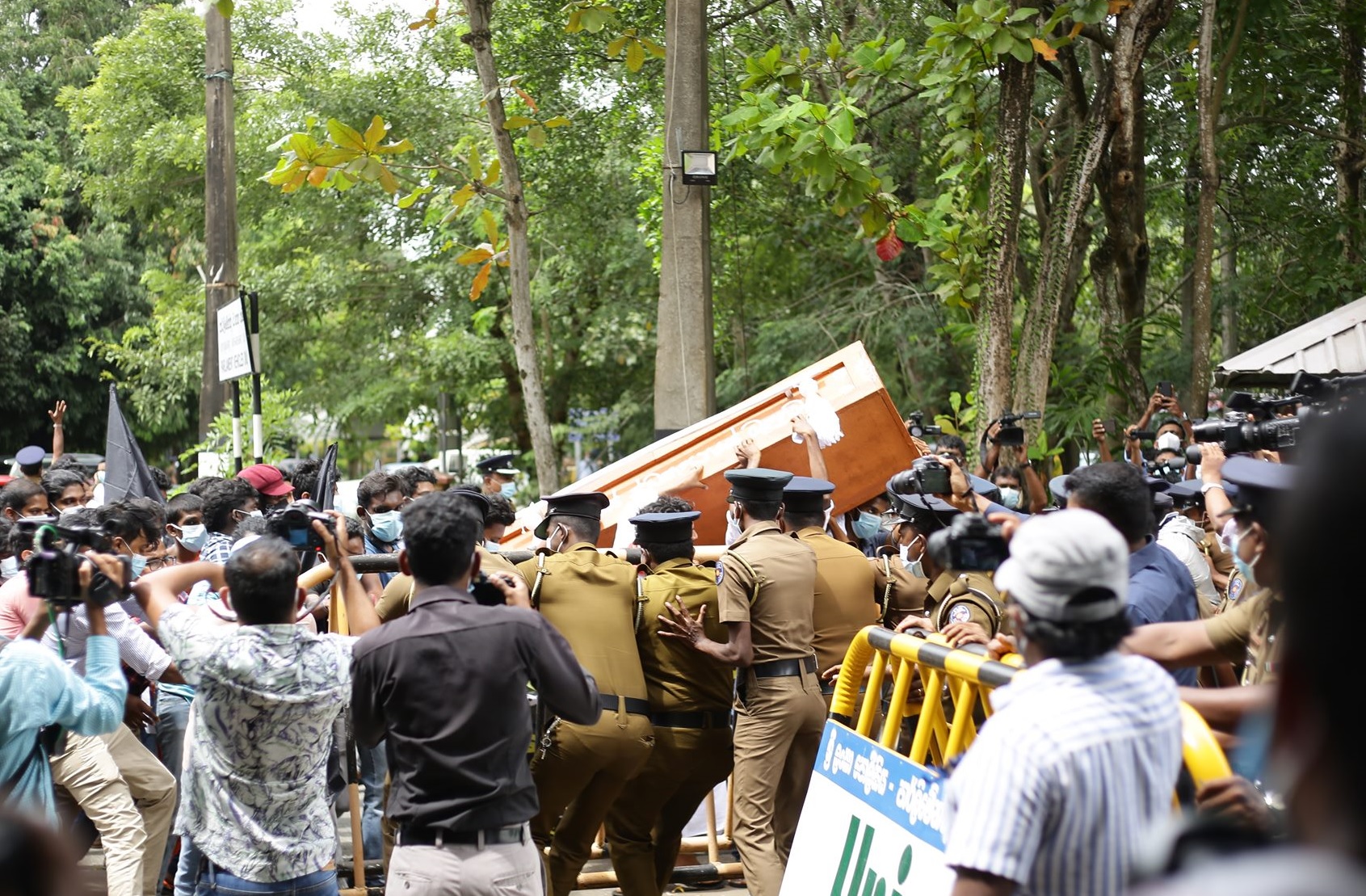 A Police officer attached to the Maharagama Police sustained injuries following a clash with the Inter University Students’ Federation near Parliament yesterday, the Police said today.

He said the policeman sustained injuries when the protesters attempted to remove barricades placed by the Police.

The Officer In Charge of the Maharagama Police Station sustained injuries in the incident and was admitted to hospital.

DIG Ajith Rohana said that the officer sustained serious injuries to his fingers during the incident.

The Police Spokesman said that an investigation over the incident is currently underway. (Colombo Gazette)