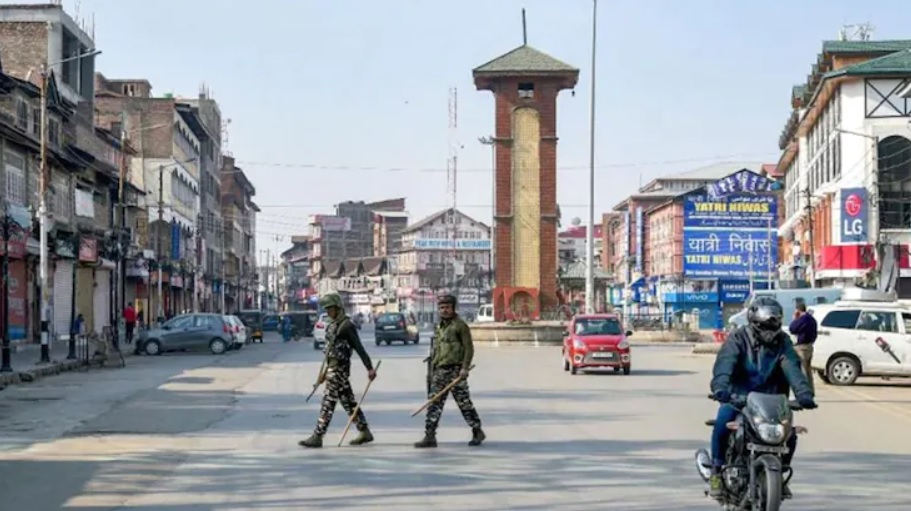 The Central government of India had, in August 2019, announced the decision to scrap Article 370 of the Constitution which gave special status to the erstwhile state of Jammu and Kashmir and bifurcate the state into two Union Territories. India’s BJP-led government is hailing its decision to strip the state of Jammu and Kashmir of autonomy after seven decades, characterizing it as the correction of a “historical blunder”.

The Article 370 of the Constitution allowed the state a certain amount of autonomy – its own constitution, a separate flag and freedom to make laws. Foreign affairs, defense and communications remained the preserve of the central government. As a result, Jammu and Kashmir could make its own rules relating to permanent residency, ownership of property and fundamental rights. It could also bar Indians from outside the state from purchasing property or settling there.

The BJP Party argued this article needed to be scrapped to integrate Kashmir and put it on the same footing as the rest of India. After returning to power with a massive mandate in the April-May general elections, the government lost no time in acting on its pledge. Expert opinion is sharply divided on this constitutional matter. One constitutional expert, Subhash Kashyap, told news agency ANI that the order was “constitutionally sound” and that “no legal and constitutional fault can be found in it”.

The immediate results were adoption and application of the Indian Constitution and all the 890 crucial Central laws in Jammu and Kashmir including progressive laws such as the Scheduled Caste and the Scheduled Tribes (Prevention of Atrocities) Act, 1954, the Whistle Blowers Protection Act, 2014, the National Commission for Safai Karamcharis Act, 1993, the Scheduled Tribes and Other Traditional Forest Dwellers (Recognition of Forests Rights) Act, 2007, the National Commission for Minorities Act, and the Right of Children to Free and Compulsory Education Act, 2009. All these Acts were beneficial to the downtrodden living in all parts of India except J&K which was exempted in terms of the special status enshrined in Article 370.

The move to abrogate Article 370 was accompanied by a suspension of phone and internet services in Kashmir but slowly restored in the state with 4G internet finally returning to normal. The change has brought about socio-economic development in both the new Union Territory’s (UT) of Jammu and Kashmir and Ladakh. Empowerment of people, removal of unjust laws, bringing in equity and fairness to those discriminated since ages who are now getting their due along with comprehensive development are some of the important changes that are ushering both the new UTs towards the path of peace and progress.

Under the Prime Minister’s development package announced in 2015 for the erstwhile state of Jammu and Kashmir, Rs 80,068 crores continue to be spent for 63 major development projects (54 in J&K and 9 in Ladakh) across sectors such as road, power, health, tourism, agriculture, horticulture, skill development, etc. 15,142 candidates have been imparted job oriented training in sales and customer service, hospitality, among others, while till July 31 this year, 6,763 youth were undergoing training and 6,556 youths have got employment.

Union Finance Minister Nirmala Sitharaman on March 17, 2021 unveiled Rs 1,08,621 crore budget of Jammu and Kashmir of which Rs. 39,817 crore were earmarked for capital expenditure and Rs 68,804 crore for revenue expenditure. This means 37% of the earmarked budget is to be spent on development and infrastructure projects. For the first time, the government earmarked development funds for District Development Councils (DDCs) and Block Development Councils (BDCs). According to the budget document, Rs 200 crore has been earmarked for DDCs and each DDC will get Rs 10 crore each in 2021-22. Similarly, Rs 71.25 crore have been proposed as ‘development fund’ for 285 block development councils. This means each BDC will get Rs 25 lakh for development purposes.

The government also proposed to spend Rs 30 crore for establishment of DDCs/BDCs offices in 2021-22. Around Rs 1313 crore have been provisioned for PRIs/ULBs for rural and urban infrastructure.

In an important step (01-January-2021) towards the promotion of Horticulture produce of Jammu & Kashmir and to take it to the global market, the J&K Government signed a historic Memorandum of Understanding (MoU) with the National Agricultural Cooperative Marketing Federation of India Ltd. (NAFED), apex organization of marketing cooperatives for agricultural produce in the country. The MoU with NAFED will be a game changer for the Horticulture sector in Jammu and Kashmir as the High Density plantation of Apple, Walnut, Cherry, Flowers etc has potential to increase the income of farmers by 3 to 4 times. NAFED will cover 5500 Hectares at a cost of Rs.1700 Crore in the next five years with major focus on Apple, Walnut, Cherry, Pear and other significant horticulture produce. NAFED will also set up 20 Farmer-Producer Organizations, one in each district, in the next three months.

The initiatives that are being taken by the Indian government to benefit youth and boost sports in the Union Territory include events like the second edition of the Khelo India winter games held last winter at world-famous tourist resort Gulmarg. The government of India’s determination to build optimum sports infrastructure in the UT reflects in the development of two Khelo India Centres of excellence in Jammu and Srinagar and other Khelo India Centers in 20 districts, which will facilitate young players.

Prime Minister Narendra Modi earlier this year fixed a fresh deadline ranging between mid-2021 and 2025 for the 272-km long Udhampur-Srinagar-Baramulla railway line in J&K. The mega project worth Rs 28,000 crore will join the Kashmir valley with the rest of the country. Jammu and Kashmir Lieutenant Governor Manoj Sinha on June 09 inaugurated a 500-bed Covid-19 facility set up by the Defence Research and Development Organisation (DRDO) at Khonmoh in Srinagar.

Schedule and Tribal community (Gujjars, Bakerwals and others) with nearly 12 per cent population, to get political representation through reservation in Assembly seats. Scheduled Tribes and other Traditional Forest Dwellers (Recognition of Forest Rights) Act, 2006 now made applicable. There was no corresponding State Act. Rights of Tribal/ST Communities residing in forests since generations will now be protected.

Other Backward Communities in Jammu and Kashmir to get their due in employment and education- they will now get full reservation benefits to which they were not entitled earlier. Safai Karamcharies will now get full citizenship and other rights and benefits- Manual scavenging will stop. The National Commission for Safai Karamchari Act, 1993 will now apply. Gender discrimination to end, women to get full rights of Property, all other rights of women marrying outside Jammu and Kashmir to now be fully protected; all such women will now retain full and legal rights on land.