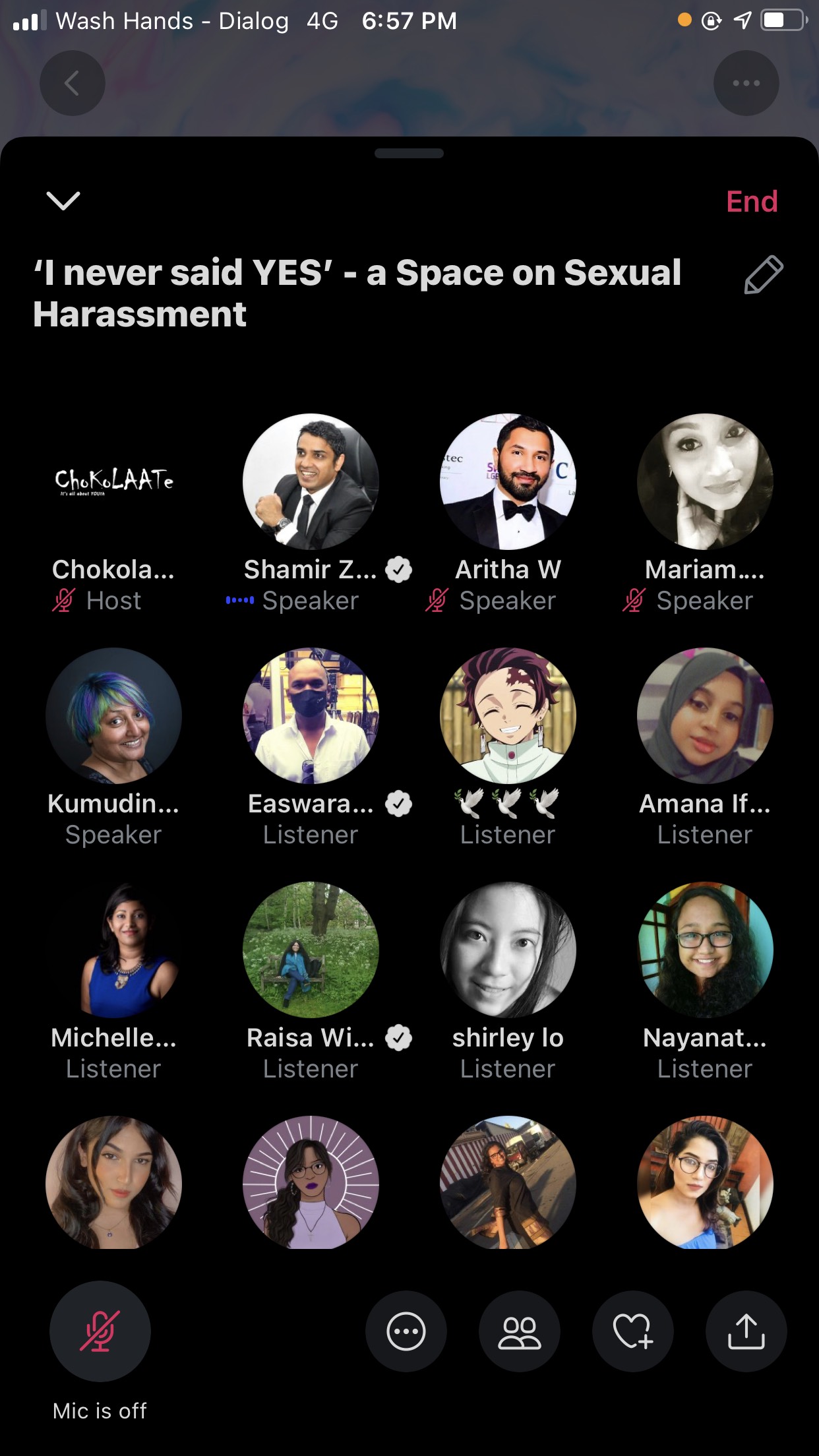 A Twitter Space titled ‘I never said yes.’ was hosted recently by ChoKoLAATe Magazine with the aim of conversing on sexual harassment and the severity of it in Sri Lanka.

The panel of speakers are some of the most experienced in Sri Lanka in handling reported cases of sexual harassment and assisting them in terms of legal aspects as well.

Kumudini David said, “It horrified me again that these children had no idea that they can be sexually abused.” as she was invited as a guest speaker at a private boy’s school.

Throughout the space , the lack of education on how an individual can be sexually harassed regardless of gender/sexual orientation came up.

Many topics were brought up during the space that was up for discussion , including consent, the tendency to victim blame in Sri Lanka, the lack of assistance for victims who are suffering through trauma and lengthy court cases.

With increases cases of sexual harrasment in children and adults , it  brings up the question as to whether we really are living in paradise.

This was a step Chokolaate Magazine has taken towards battling and spreading awareness on sexual harrasment in Sri Lanka.Spaces that will discuss various topics such as cyber bullying, sexual harassment and other pressing topics via its Twitter account @ChokolaateM.