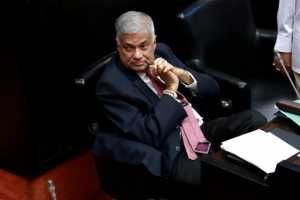 Former Prime Minister Ranil Wickremesinghe has filed a petition at the Court of Appeal against the Commission of Inquiry appointed to probe incidents of political victimisation.

The United National Party (UNP) leader has filed the petition seeking for the recommendations made against him by the Commission to be made void.

He has further requested the court to call for and examine the record or report of the Commission of Inquiry and to also issue an interim order until the final decision of the petition.

The Commission had recommended prosecuting the 22 members of the Anti- Corruption Committee of the previous Government, which was chaired by Wickremesinghe.

The members of the Anti- Corruption Committee and its Secretariat have been recommended to be prosecuted for the misuse of public property.

The Commission also includes a unanimous decision that the members of the Committee have violated the oath and provisions of the Constitution.

President Gotabaya Rajapaksa appointed the high-powered Presidential Commission in January 2020 to investigate allegations of political victimisation as well as interference and undue influence on the judiciary and police during the tenure of the past regime from 2015-2019. (Colombo Gazette)

President and Sajith agree to work together