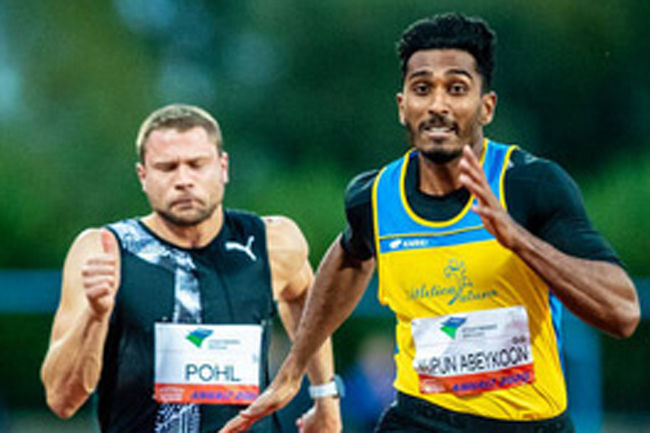 The Government media has come under fire by some Ministers for insulting a Sri Lankan athlete.

A State newspaper attacked Yupun Abeykoon saying he cut a sorry figure in finishing sixth in the men’s 100m heats at the Olympic Games in Tokyo.

Sports Minister Namal Rajapaksa said that it was disheartening to see articles such as these being published.

“It’s disheartening to see articles such as these being published. We must always encourage our athletes to push their boundaries not insult them. Just a few months ago this very athlete brought glory to our nation by becoming the fastest man in South Asia! Let’s not forget that,” he tweeted.

State Minister Kanchana Wijesekera said that it was a pathetic and sorry use of words by the the State newspaper.

“Qualifying for the Olympic Games is an achievement it self. To use a State Media publication to put down the athletes must be investigated,” Wijesekera tweeted.