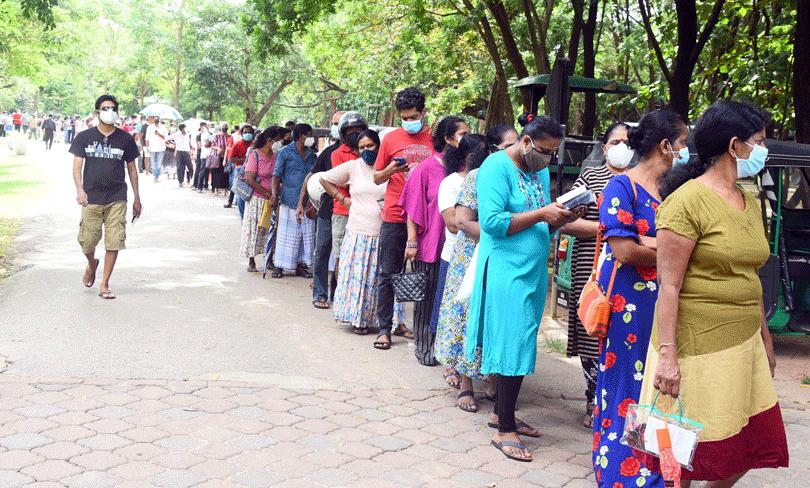 The public have been urged to remain calm and not crowd vaccination centers to get the second dose of the AstraZeneca vaccine.

State Minister of Production, Supply and Regulation of Pharmaceuticals, Channa Jayasumana said that all those who got the first dose of the AstraZeneca vaccine will get the second dose.

He said there was no need for the public to rush to vaccination centers to get the second dose.

Jayasumana said that large crowds were seen at the Viharamahadevi Park today to get the second dose.

However, he said that this was unnecessary as the second dose will be available until everyone on the list gets the jab.

An accelerated drive is underway to administer the second dose of the AstraZeneca vaccine in the Colombo and Gampaha Districts.

A 24-hour vaccination center has been opened at the Viharamahadevi Park today while the jab is also being administered in around 20 other locations.

Online appointments have also been opened for residents in Colombo and Gampaha to secure their second dose. (Colombo Gazette)