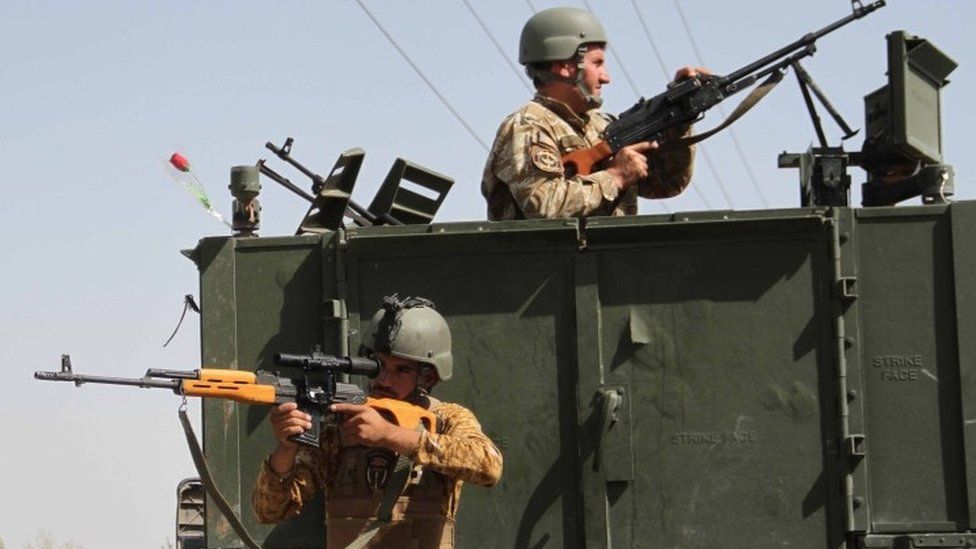 Fighting is raging around three major cities in south and west Afghanistan, as Taliban militants seek to seize them from government forces.

The Taliban have made rapid rural gains since it was announced almost all foreign troops would go by September.

But the fate of these key cities could be crucial amid fears of a humanitarian crisis and how long government forces will be able to hold out.

The fundamentalist Islamist militia is already thought to have captured up to half of all Afghanistan’s territory, including lucrative border crossings with Iran and Pakistan, but it has yet to take a provincial capital.

Insurgents were reportedly only a few hundred metres from the governor’s office on Saturday – but had been pushed back by nightfall.

Afghan and US air strikes have reportedly targeted Taliban positions and government forces say they have killed dozens of militants.

One resident, Halim Karimi, told Agence France-Presse: “Neither the Taliban will have mercy on us, nor will the government stop bombing.”

Flights at Kandahar airport were suspended on Sunday after Taliban rockets struck the complex before dawn, causing some damage to the runway.

One Kandahar MP told the BBC on Saturday the city was at serious risk of falling to the Taliban, with tens of thousands of people already displaced and a humanitarian disaster looming.

Gul Ahmad Kamin said the situation was getting worse hour by hour, and the fighting within the city was the most severe in 20 years.

He said the Taliban now saw Kandahar as a major focal point, a city they want to make their temporary capital. If it fell, then five or six other provinces in the region would also be lost, Mr Kamin said.

He said the Taliban fighters were on several sides of the city and because of the large civilian population government forces would not be able to use heavy weaponry if the militants got fully inside.

Afghan special forces have been deployed in the economically important city of Herat, and the situation appeared more stable on Sunday.

Afghan troops are fighting alongside the veteran warlord and anti-Taliban commander, Ismail Khan, who has mobilised citizens to take on the militants.

Air strikes have also been carried out on Taliban positions outside the city.

A guard outside a UN compound near the airport was killed on Friday in what the UN described as a deliberate Taliban attack. (Courtesy BBC)