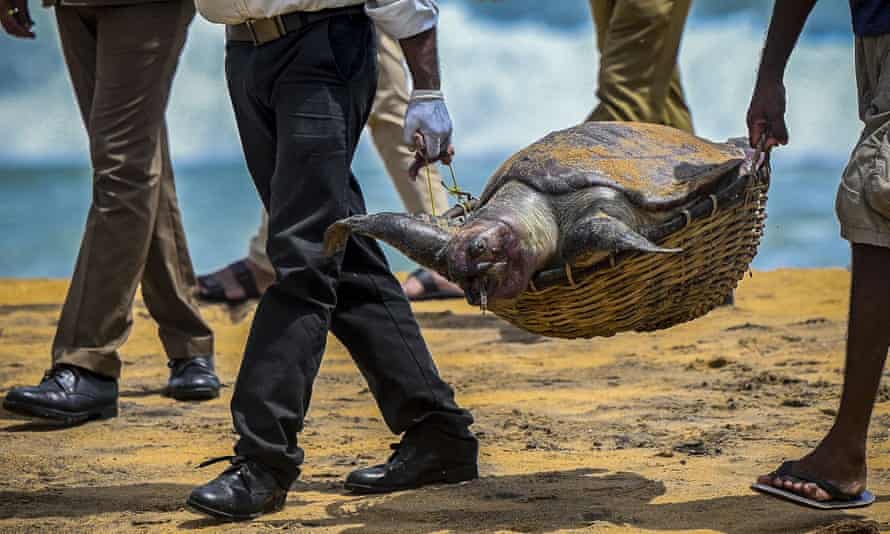 Marine life killed from the fire on the ship X-Press Pearl has increased to 473.

The Attorney General (AG) informed the Colombo Magistrates’ Court today that 417 turtles, 48 dolphins and 8 whales have been killed so far.

The X-Press Pearl vessel which was carrying cargo with chemicals had caught fire due to an explosion off the coast of Colombo in May.

At the wreck site, caretaker salvors remain on a 24-hour watch to deal with any debris and report any form of a spill with drones deployed daily to help with the monitoring activities.

A light silvery-grey sheen continues to be observed emanating from the vessel with regular water sampling ongoing around the wreck.

There have been no confirmed reports of any bunker oil leak at this stage. Representatives of ITOPF and Oil Spill Response continue to monitor daily updates from the scene and are ready to respond immediately if required.

Marker buoys have been deployed around the periphery of X-Press Pearl to create a 50-meter safe zone around the wreck.

Meanwhile, the survey vessel ‘Dondra’ commenced side-scan sonar operations to locate any sunken containers or debris in the anchorage for removal. (Colombo Gazette)