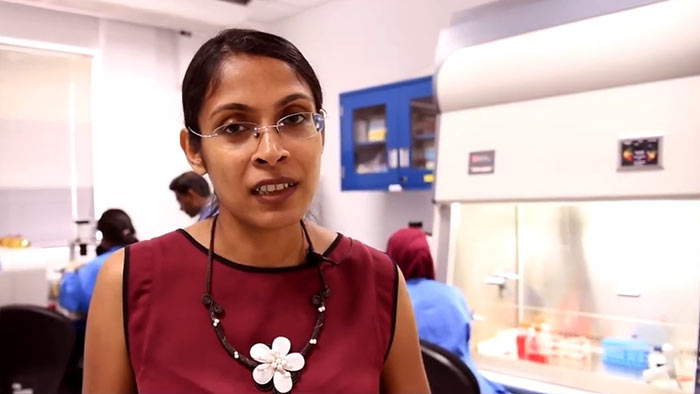 Research conducted in Sri Lanka has found that the effectiveness of a single dose of the Oxford–AstraZeneca Covishield vaccine dropped at 16 weeks for those above the age of 60.

Virus specific antibodies were maintained at 16 weeks after receiving a single dose of Oxford–AstraZeneca code-named AZD1222, although levels were lower to variants of concern (VOCs), especially in older individuals.

A single dose induced a high frequency of memory T and B cell responses, researchers said.

Due to limited access to vaccines, many countries have only administered a single dose of the AZD1222, while the dosage intervals have increased.

Researchers sought to investigate the immunogenicity of a single dose of vaccine at 16 weeks.

SARS-CoV-2 specific antibodies in 553 individuals and antibodies to the receptor binding domain (RBD) of the Wuhan virus (WT) and the variants of concern (VOCs), ACE2 receptor blocking antibodies, ex vivo and cultured IFNγ T cell responses and B cell ELISpot responses were investigated in a sub-cohort.

However, 85% had a high frequency of cultured IFNγ T cell ELISpot responses and B cell ELISpots.

“The seropositivity rates in those >70 years of age (93.7%) was not significantly different compared to other age groups. However, the antibody titres (antibody index) significantly declined (p<0.0001) with increase in age, 16 weeks post-vaccination with a single dose,” Professor in the Department of Family Medicine, University of Sri Jayewardenepura, Dr. Chandima Jeewandara tweeted.