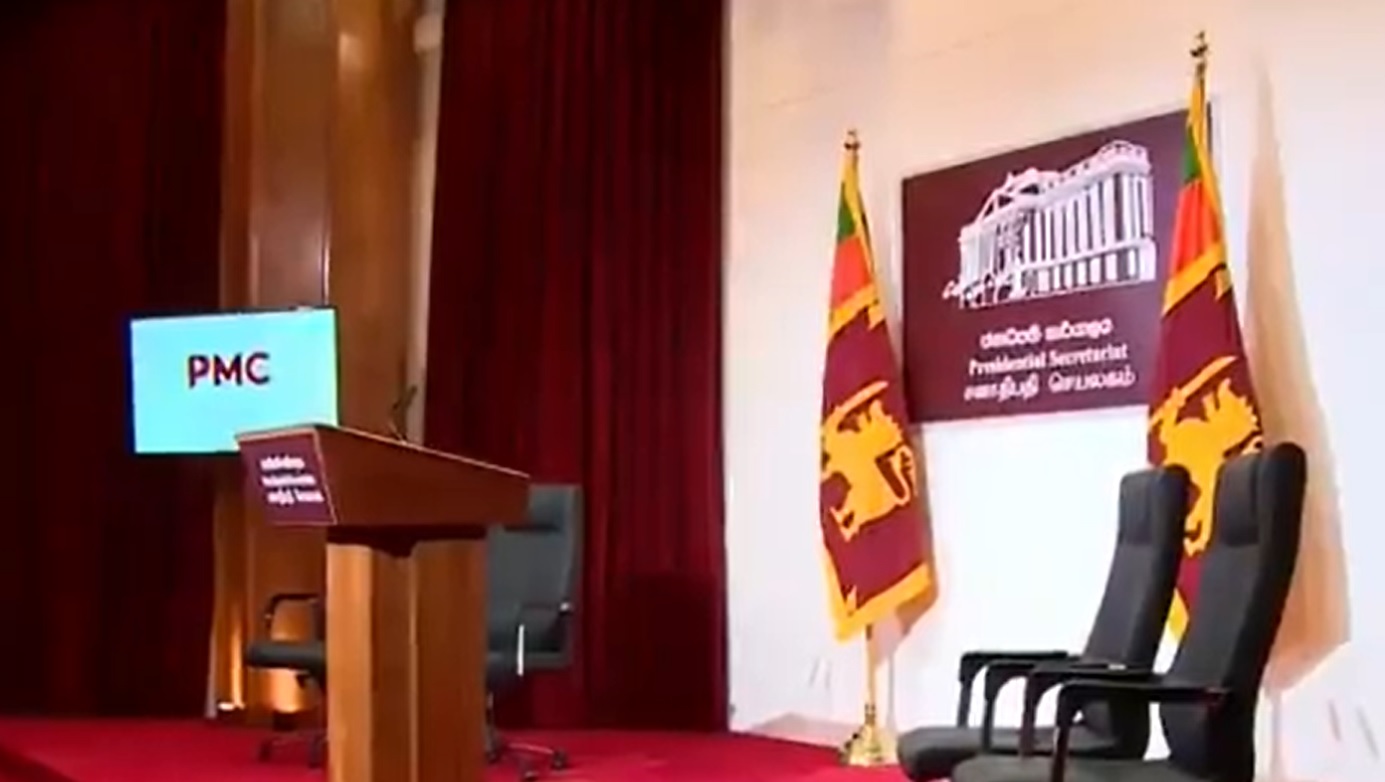 The President’s Media Center, which will provide information on President Gotabaya Rajapaksa and the Presidential Secretariat, was declared open today.

The media briefing room is fully equipped for selected journalists to attend and ask questions from the President or his the President’s Spokesman.

President’s Spokesman Kingsly Rathnayaka told reporters that the briefing room will be used to directly communicate with the media and try and prevent the spread of misinformation.

He said that weekly press conferences will be held where selected journalists from the print and electronic media will be invited.

Rathnayaka said that the media briefing will also be made available for journalists to attend virtually.

The President’s Spokesman said that the new Presidential Media Centre will also be linked with the Presidential Secretariat to ensure all the required information is made available during media briefings.

The US President operates a briefing room where his spokesman holds daily press conferences while the President attends on special occasions. (Colombo Gazette)