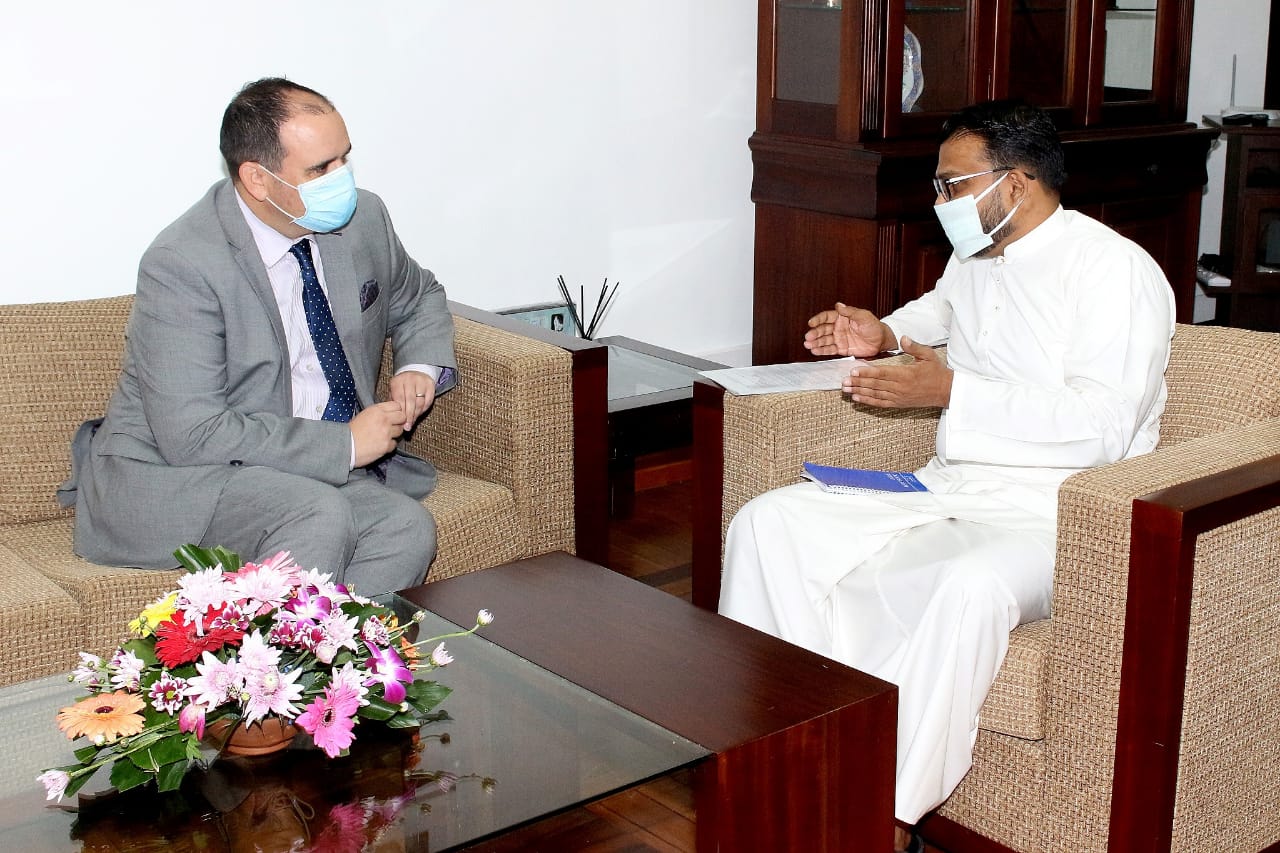 New Zealand and Sri Lanka had talks on strengthening the economic ties between both countries.

Welcoming the new High Commissioner Appleton, the State Minister Balasuriya highlighted the potential to build upon the existing cordial ties between the two countries.

He discussed means of further diversifying and expanding trade relations with New Zealand and also emphasized the opportunities that exist in Sri Lanka for potential New Zealand investors in diverse areas, especially in the economic zones and the Colombo Port City.

State Minister Balasuriya and High Commissioner Appleton also discussed means of collaboration between the two countries on the creative economy, an area which the State Ministry has launched a program recently.

They also focused on further cooperation in the areas of sports, education and renewable energy.