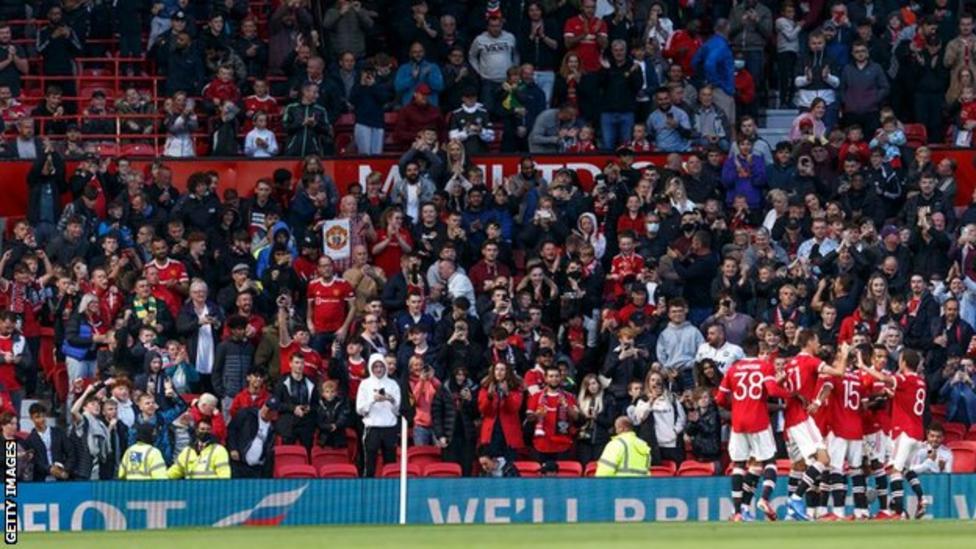 Manchester United’s pre-season friendly at Preston on Saturday has been called off after “small number of positive” Covid-19 cases were identified at the Premier League club.

United drew 2-2 against Brentford on Wednesday and detected cases following routine testing of the first team.

Individuals are now isolating pending the results of further tests.

United say they have cancelled the game at Preston as a “precautionary measure based on Covid protocols”.

A mixture of both players and staff are in isolation after conducting lateral flow tests.

United said in a statement: “At this stage, we do not expect further disruption around our forthcoming matches, but we will continue to follow Premier League protocols in this regard.”

Ole Gunnar Solskjaer’s side’s only remaining friendly scheduled before the start of the season is against Everton on 7 August, a week before they begin their Premier League campaign against rivals Leeds.

United say any supporters who purchased tickets for the Preston game will be given a full refund.

On Thursday, Nottingham Forest were forced to cancel Saturday’s pre-season game against Burnley at the City Ground because of Covid-19 cases at the club.

On the same day, Norwich City’s pre-season game against Sheffield United was also cancelled because of a “small number” of cases in the Canaries’ squad.

Earlier this month, Arsenal withdrew from the Florida Cup after a “small number” of their touring party tested positive for coronavirus.

Newcastle will have no senior goalkeeper for Sunday’s friendly against York after Karl Darlow tested positive for Covid-19 and must isolate for 10 days.

Due to being in close contact with Darlow, Mark Gillespie and Freddie Woodman must also do the same, while Martin Dubravka is injured. (Courtesy BBC)