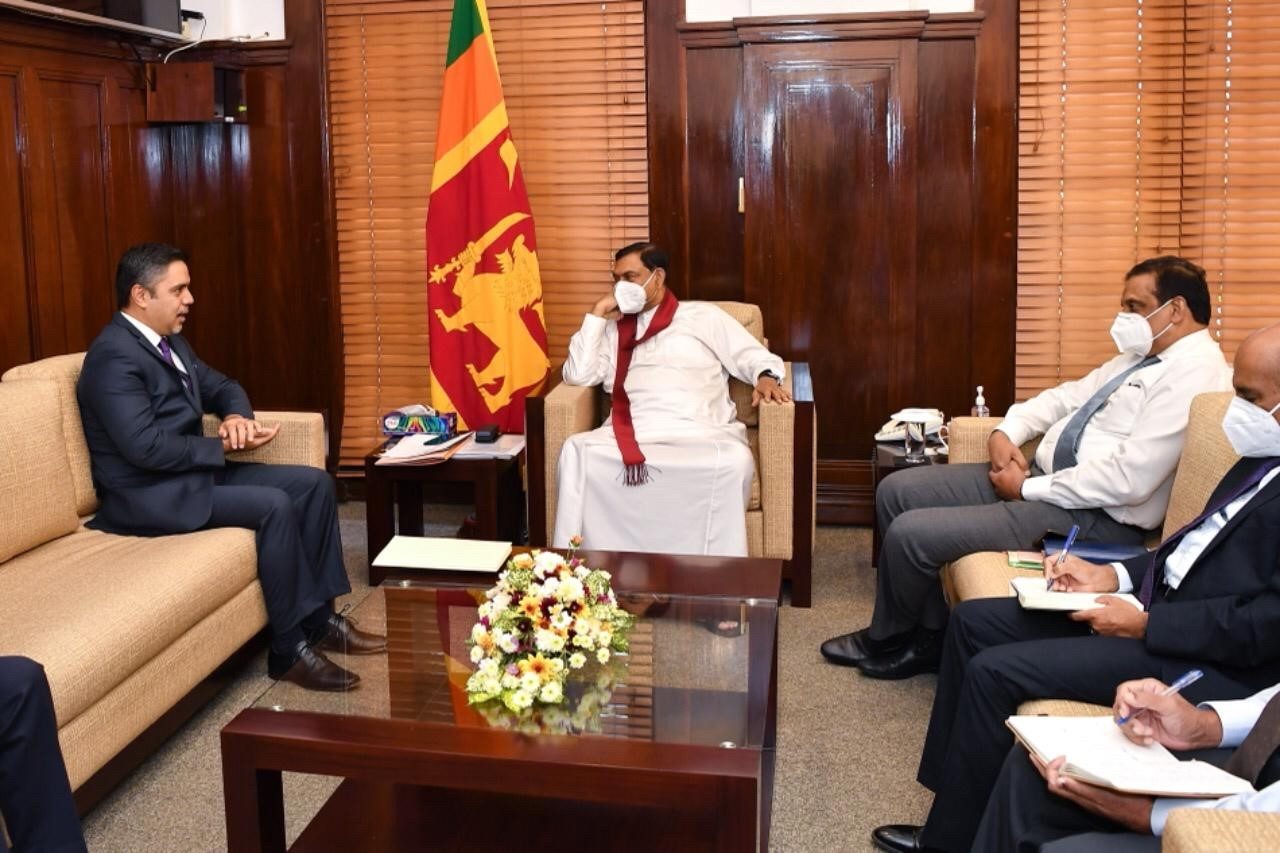 Sri Lanka and Afghanistan had talks on a wide range of issues, including the recent security developments in Afghanistan which will have far-reaching implications for regional stability.

The Minister was accompanied by his senior staff and Additional Secretary Ambassador Pakeer Amza of the Ministry of Foreign Affairs.

The two sides had a wide-ranging discussion on the status of growing bilateral relations between Afghanistan and Sri Lanka, potential areas of cooperation between the two sides’ Ministries of Finance, as well as an assessment of the recent security developments in Afghanistan with far-reaching implications for regional stability.

Ambassador Haidari told the Minister that the two sides had initiated, initialed, and signed ten MOUs and agreements over the past two years, despite the COVID19 situation.

Both sides highlighted the importance of a few key pending agreements to be signed in the near future, particularly a bilateral agreement on the promotion and protection of investment aimed at further enhancing bilateral trade and investment between the two countries.

Moreover, they agreed that the transfer of sentenced persons agreement, facilitating mutual legal assistance and cooperation, should be finalized and signed soon.

On trilateral and multilateral cooperation, they explored the idea of North-South-South cooperation, as Ambassador Haidari welcomed technical cooperation between the central and commercial banks of Afghanistan and Sri Lanka with support from multilateral financial institutions such as the World Bank and International Monetary Fund (IMF).

They also took note of increased cooperation between the cricket boards of Afghanistan and Sri Lanka. “We are very delighted to utilize the Mahinda Rajapaksa International Cricket Stadium to host our upcoming matches. In addition to many co-benefits, this cooperation opportunity would further deepen ties between our cricketers, youth, and people,” Ambassador Haidari told the Minister.

In this regard, he thanked Minister of Youth and Sports Namal Rajapaksa, who is a big fan and supporter of Afghanistan’s rising cricket team, which enjoys widespread popularity across Sri Lanka and South Asia.

On the recent developments in Afghanistan, Ambassador Haidari shared with Minister Rajapaksa a copy of the recent midyear report of the UN Assistance Mission (UNAMA) on civilian casualties as a direct result of resurgent terrorism and extremely violent offensives by the Taliban with safe havens in Afghanistan’s immediate neighborhood.

In this regard, they recalled Sri Lanka’s own three-decade war against terrorism, and the country’s decisiveness to defeat the deadly threat by the end of 2009. “Of all countries in the region, there is much we can learn from Sri Lanka’s successful war-to-peace-transition experience, including post-conflict peace building and sustainable development,” said Ambassador Haidari.

Both sides agreed that the Taliban and their affiliated regional and transnational terrorist networks not only destabilize Afghanistan, victimize its suffering people, and try to undo the country’s hard-won gains of the past two decades but they also pose a threat to the stability and security of every nation in the region. Ambassador Haidari noted that to address the growing threats of extremism, terrorism and criminality, the international community, including Afghanistan’s near and extended neighbors, should tangibly support the government and people of Afghanistan in their quest for an end to the imposed war through a sustainable political settlement.

The Ambassador thanked the government of Sri Lanka for its consistent support of the Afghan peace process and for its repeated call on the Taliban to end its attacks on civilians and to engage in meaningful peace talks. (Colombo Gazette)