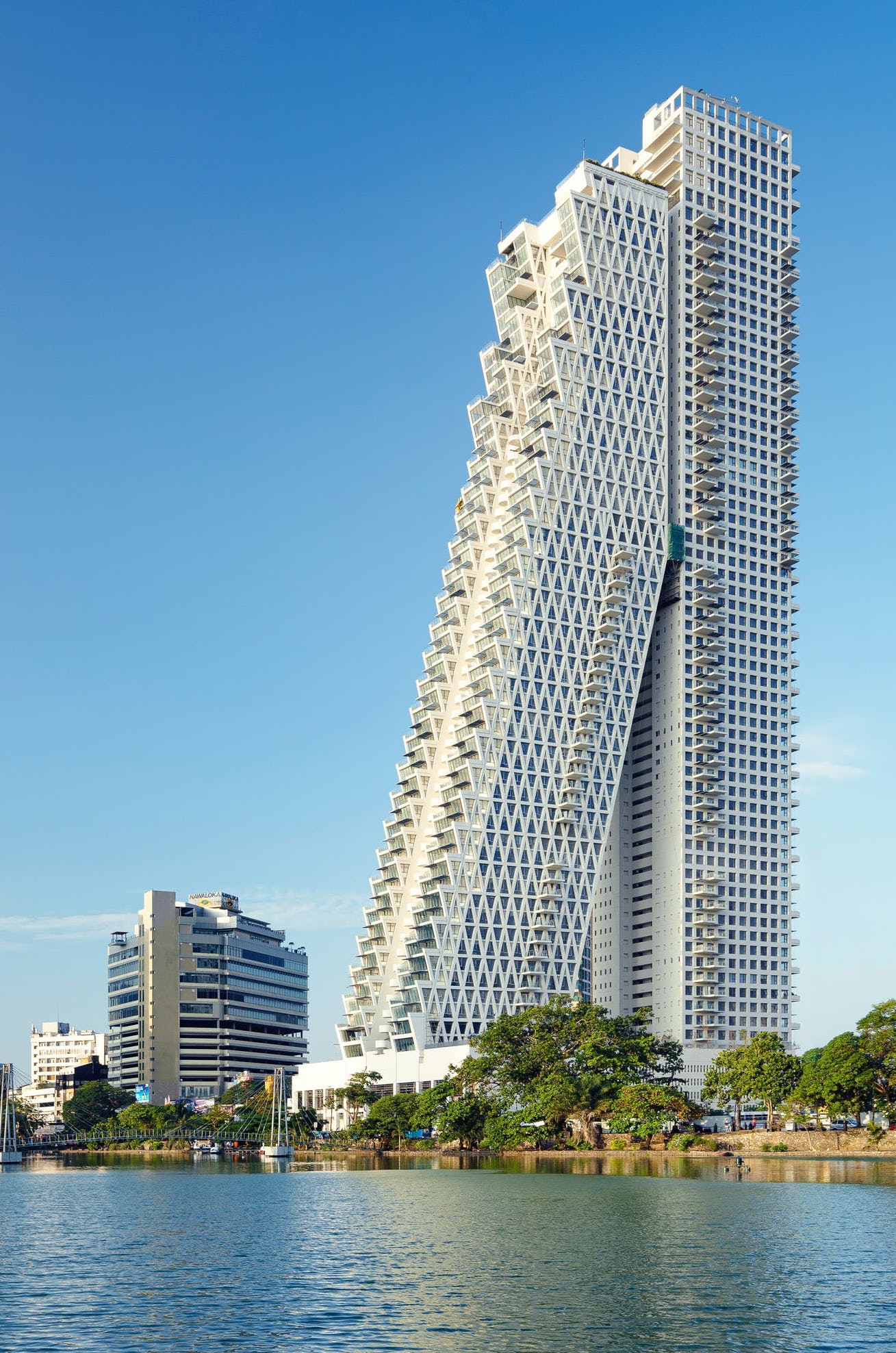 Altair, the iconic building in Colombo – Sri Lanka is designed by Celebrity Architect Moshe Safdie based in Boston, USA.

Moshe Safdie has designed many famous iconic structures including the famous Marina Bay Sands with Sky Garden in Singapore. Altair is in the league of iconic buildings of the world, such as Burj Khalifa, Petronas Tower, Marina Bay Sands, Shanghai Tower, The Parc 1 Tower in Seoul – South Korea, ICC Building & Bank of China Tower in Hong Kong to name a few.

The project `Altair’ was launched by South City Group in Colombo in the year 2013. Due to construction related complications, force majeure reasons and an unfortunate ownership related dispute, the project has been delayed.

However, South City Group has expressed with much pleasure that the Group is  back in the helm of the real estate project with 100% control. Most importantly, the project is progressing well and will be ready for handing over in the next few months.

The spokesperson of South City stated that that they are getting utmost support and cooperation from the Government of Sri Lanka for completing the project. President Gotabaya Rajapaksa has appointed Sirinimal Perera, the Special Authorised Officer to steer the project towards its successful completion. South City group is also receiving steadfast backing from the esteemed customers and the project is on track to deliver what it promised since inception. The rich experience of South City Management with a huge knowledge bank will be able to soon create another landmark in Sri Lanka which will be one of the top landmarks in the world.

Altair is an architectural marvel and consists of two vertical tower blocks, one straight tower and another stepped tower which is in slope and leaning to the straight tower. The project is in the prime area of Colombo facing Beira Lake as well as the Indian Ocean. The finishes of the project are on high calibre, with Italian marble, wooden flooring, central air-conditioning, hot water supply and super luxurious sanitary fixtures. Additionally, there is a Resident Club on the fifth level with a garden around it and on 63rd level with the swimming pool and other recreational facilities.

The apartments have been booked by the Crème de la crème of Sri Lanka’s social fabric, HNI and a noteworthy number of overseas residents from the Sri Lankan diaspora. Notably, ‘Altair’ a is the biggest FDI investment in Colombo for real estate to date. Altair is a symbol of a successful foreign investment and a show-piece for the Sri Lankan Government to attract further investment in Sri Lanka.