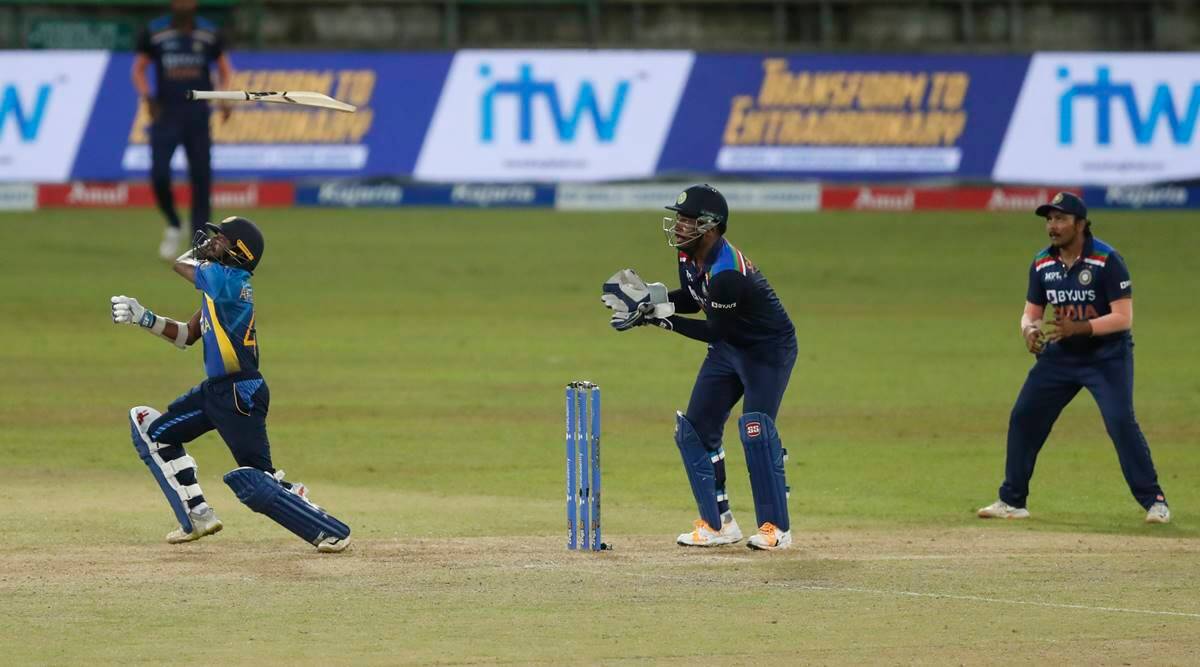 In a match that was reduced to a 47-overs-a-side encounter due to a spell of rain, Sri Lanka bowled India out for 225 in 43.1 overs, Akila Dananjaya and Praveen Jayawickrama taking three wickets apiece.

The total was quickly whittled down by the Sri Lankan top order, with Avishka Fernando and Bhanuka Rajapaksa scoring half-centuries.

Despite the result, India won the series 2-1, but it did represent valuable ICC CWCSL points for Sri Lanka, who moved up 11th position in the standings with 22 points.

India opted to bat, but lost Shikhar Dhawan early, the left-hand opener being caught behind off Dushmantha Chameera for 13. Despite that, Prithvi Shaw and Sanju Samson, playing his first ODI, propelled the innings with a 74-run stand for the second wicket.

India crossed the 100-run mark within 16 overs, but then suffered the quick dismissals of both Shaw and Samson. Shaw was trapped in front by Dasun Shanaka for 49, and Samson became Jayawickrama’s first ODI wicket, falling for 46.

Suryakumar Yadav and Manish Pandey led India’s recovery, taking them to 157/3, but a rain-enforced break shattered their momentum. On resumption – the match was now a 47-overs-a-side affair – India encountered a slide.

The Indian batsmen, both experienced and rookies, didn’t have an answer to the webs spun by Jayawickrama and Dananjaya, and it needed a late, gritty 29-run partnership between Rahul Chahar and Navdeep Saini to push the total to respectability.

However, it proved no match against Sri Lanka’s batsmen, who were raring to mow it down. India snared Minod Bhanuka early, Gowtham claiming his maiden international wicket, but they had little joy thereafter.

Fernando and Rajapaksa brought up their half-centuries within minutes of each other, with the latter in particularly aggressive mood. That aggression caused his eventual downfall, however, when he flicked one off Chetan Sakariya, the debutant left-arm medium pacer, and Gowtham held on to an excellent catch.

At that point, Sri Lanka still needed 79 runs from 23 overs, with eight wickets in hand. Fernando carried on, sealing up one end and scoring a 98-ball 76. But India had joy at the other, where Dhananjaya de Silva, Charith Asalanka, and Dasun Shanaka were dismissed for low scores.

All the while, Fernando had pushed the total towards the target. He eventually fell to Rahul Chahar with 14 runs still needed. Sri Lanka’s slide continued thereafter – the home side lost seven wickets on the day – but they had done enough to secure victory. For India, it was a case of too little too late.