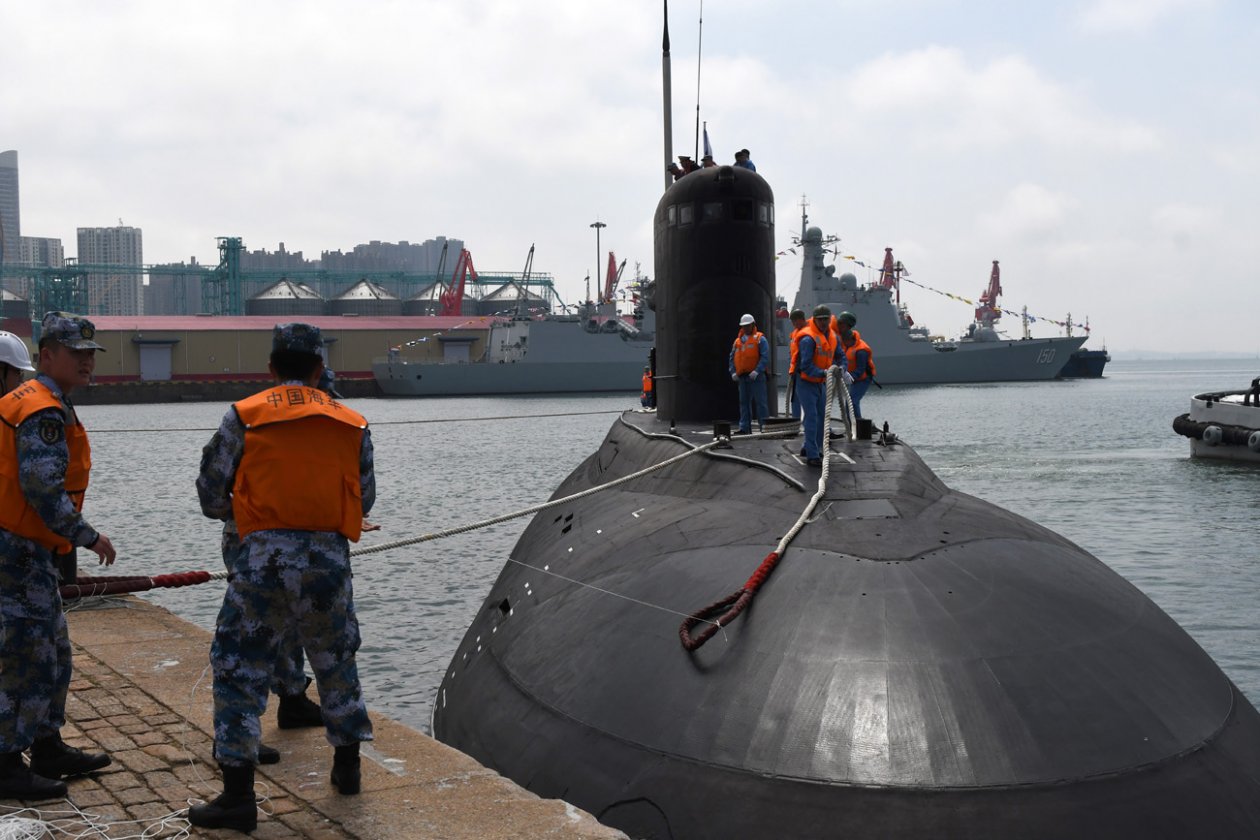 Here’s What You Need to Remember: Amid stiffening military competition between Beijing and Washington, China’s People’s Liberation Army Navy (PLAN) is enhancing its ability to strike the United States mainland with submarine-launched ballistic missiles (SLBMs).

The Type 094A, or modified Jin-class nuclear ballistic missile submarine (SSBN), was showcased late last month as part of a celebration marking PLAN’s 72nd anniversary, according to a report by the South China Morning Post. At least two such variants were commissioned in 2020, bringing the total number of Jin-class submarines to six. The Type 094A revision brings sonar and radar upgrades, improved acoustics performance, and an expanded armament suite.

“The Type 094A is an upgraded version of the Type 094 that overcame one of the key problems—noise—by improving hydrokinetic and turbulent systems, allowing it to carry the more powerful JL-3,” a defense insider source told the South China Morning Post. The JL-3, or Julang, SLBM reportedly has a range of over ten thousand kilometers and can support multiple independently targetable re-entry vehicle (MIRV) payloads. The JL-3 will also be featured on the Type 096, the upcoming successor to the Jin-class. Fully fitting the Type 096 class with the JL-3 could take years, with defense sources estimating that the process could drag out into the mid 2020s.

“Before the upgrade, the submarine was armed with the inferior JL-2 that could only hit the northeast United States, but now it’s able to cover the whole American continent,” the source added. The Type 094 platform can reportedly carry up to sixteen 16 JL-3 missiles, while the next-generation Type 096 submarines will support up to twenty-four of these SLBM’s. “The new SLBM with MIRVs with a firing range over 10,000 kilometers is the basic technical requirement for an upgraded Type 094 SSBN to cause nuclear deterrence,” Former PLA instructor Song Zhongping told the South China Morning Post. “China promises not to use a nuke first but a powerful SSBN fleet will help the PLA strengthen their second-strike power against rivals.”

Like their Russian Cold War-era counterparts, China’s second-generation SSBNs have lagged behind U.S. submarines in noise generation and detectability. The Type 094A revision is PLAN’s next major attempt to remedy this problem, though the full extent of improvements it brings over the original Type 094 platform remains unclear.

As with its other submarine categories, PLAN has been making large investments to field a modernized SSBN force into the coming decades.

There are six Type 094 submarines, with two more planned units to make for a total of eight. At least one 1980s-era Type 092 “Xia” class submarine, armed with the older and less capable JL-1A SLBM’s, will remain in service until it is phased out by additional Type 094A models. As many as six Type 096 submarines are currently planned, with construction work to begin in the early 2021s. Beijing is likewise forging ahead with an ambitious plan to field a total of six aircraft carriers, supported by a coterie of new advanced destroyers, by 2035. (Courtesy The National Interest)