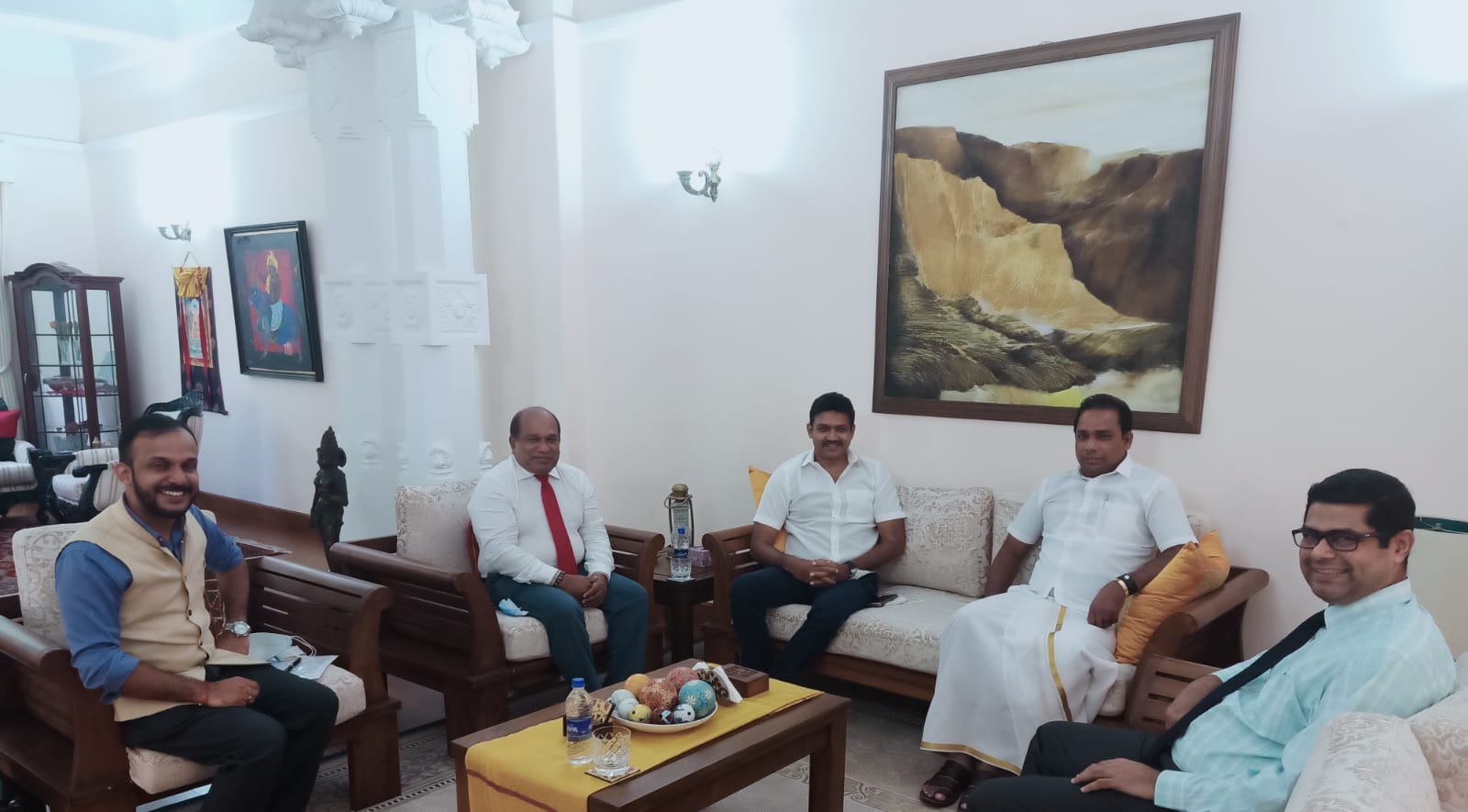 India says it is firmly committed to the development of the Eastern Province in Sri Lanka.

The two sides discussed the opportunities for investments from India in the Eastern Province as well as joint efforts that could be undertaken for economic development of the region.

The two sides also exchanged views about the development cooperation partnership between India and Sri Lanka, especially in the Eastern Province.

“It may be recalled that during the visit of External Affairs Minister of India, Dr. S Jaishankar to Colombo in January 2021, he had a useful meeting with State Minister S Viyalanderan,” the Indian High Commission in Colombo said.

The High Commission noted that phase two of the Indian Housing Project, which was completed in 2016 and comprised 45,000 houses in total, included a substantial number in the Eastern Province.

The Emergency Ambulance Project established as a grant assistance beginning in Western and Southern Provinces was expanded to all other Provinces including the Eastern Province after 2018.

Fishing equipment like lagoon Oru, sea-going Oru, cool rooms and freezer trucks costing a total of USD 1 million was also distributed among the Internally Displaced fishermen in the Eastern Province.

In addition, India has already undertaken a fully grant funded project supplying five rail bus units to run between Batticaloa and Trincomalee-all of which are operational at present. Further, a total of 85 buses were provided to the Eastern Provincial Council amongst others at a total cost of SLR 150 million to connect remote hilly and outlying areas of the Central, Northern and Eastern Provinces with the arterial highways. (Colombo Gazette)