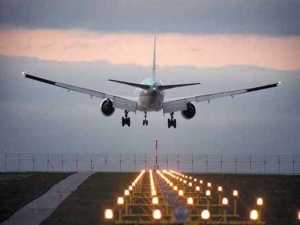 During the meeting, detailed deliberations were held on the possibility of operationalising commercial flights at night hours at the airports of Srinagar and Jammu by incorporating suitable facilities and arrangements.

Chief Secretary, Jammu and Kashmir Dr Arun Kumar Mehta informed that to improve night-visibility at the Srinagar Airport, efforts are afoot to complete the lighting project at the earliest which would facilitate flights during low visibility round-the-year through concerted coordination with Indian Air Force.

“Similarly, the ongoing air-strip repair works at Jammu Airport will be completed this week followed by installation of lights by the month-end to enable operation of night flights at Jammu Airport,” he said.

He further said that the Ministry of Civil Aviation is planning to establish international air connectivity through the Srinagar Airport which currently operates international flights for Haj pilgrimage only.

The Home Secretary also reviewed the status of high-density horticulture plantations and their speedy transportation to wider markets.

The officials informed that to facilitate the marketing of agricultural and farm products of the northeastern and Himalayan states and UTs, the ‘Krishi-Udan Scheme’ was recently launched.

The scheme aims to benefit the local farmers by providing a 50 per cent freight subsidy for air transportation of perishable products.

During the meeting, it was decided that a committee consisting of representatives from the Jammu and Kashmir Government, Ministry of Civil Aviation and Ministry of Agriculture and Farmers Welfare, will be constituted to examine modifications in the existing scheme to cater to the needs of the UT.

The UT government has recently signed an MoU with Go airlines for subsidised air transportation of vegetables and fruits from Jammu and Kashmir, of which the first consignment of Srinagar’s cherry and Jammu’s licchi was dispatched to Dubai and Mumbai, respectively.

The meeting also discussed an extension of these facilities and schemes to the Union territory of Ladakh. (ANI)