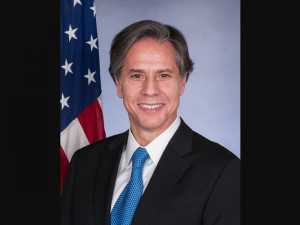 Washington, [Just Earth News]: US Secretary of State Antony Blinken met with seven Uyghur internment camp survivors, advocates, and relatives of individuals detained in Xinjiang to express the United States’ commitment to work with allies and partners in calling for an end to China’s ongoing crimes against humanity and genocide against Uyghurs and members of other ethnic and religious minority groups in Xinjiang.

“The United States will continue to place human rights at the forefront of our China policy and will always support the voices of activists, survivors, and family members of victims who courageously speak out against these atrocities,” the US State Department said in a statement.

Who are Uyghur Muslims?

Uyghur Muslims are a Turkic minority ethnic group originating from and culturally affiliated with the general region of Central and East Asia.

The Uyghurs are recognized as native to the Xinjiang Uyghur Autonomous Region of the People’s Republic of China. [Just Earth News]