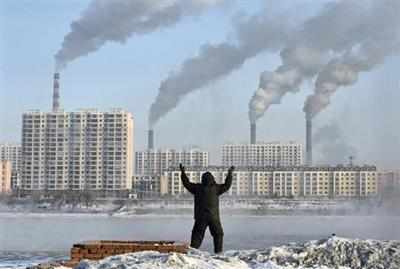 One out of every two Chinese companies was found to have numerous air pollution issues, revealed the environment ministry during its inspection.

A Chinese media outlet Caixin reported citing the Ministry of Ecology and Environment that one out of every two Chinese companies inspected by regulators were found to have numerous air pollution issues, with those in the building materials and chemical and pharmaceutical sectors among the biggest culprits.

“Of the 1,582 companies inspected in 30 cities in May, 882 were found to have a total of 1,940 issues related to air pollution of the environment,” the Ministry said in its statement earlier this week.Due to the following air pollution, people may be caught with severe diseases.

Harvard University’s Jesse Turiel and Boston University’s Robert Kaufmann examined the measurement of PM2.5, particulate matter that’s linked to lung cancer, asthma and heart disease, recorded by Chinese and US stations between January 2015 and June 2017.
They discovered temporary divergences between the two data sets that were more likely to occur during periods of high air pollution, suggesting that “government-controlled stations systematically underreport pollution levels when local air quality is poor.”

China is the world’s largest carbon producer, closely followed by the US, according to Fox News.

“Local bureaucrats face immense pressure to report the ‘correct’ numbers to their higher-ups, and some resort to colluding with other local officials or misreporting data. Given these institutional incentives to cheat, official air pollution data in China often is treated with a high degree of skepticism, by both outside observers and the general public,” the researchers wrote.

“Our results strongly suggest that some local Chinese officials continued to misreport measurements of PM2.5 concentrations in many of the country’s largest megacities, even after the government’s post-2012 policy reforms. Consistent with our findings, in early 2018 the MEE announced that it had caught officials in seven cities manipulating data during the previous year,” the researchers said.

According to a report by research from Ember, a London-based energy and climate research group, China is now responsible for more than half (53 per cent) of the world’s coal-fired electricity, up from 44 per cent in 2015.

Over the years, China has received applause for its clean environmental speeches at climate change and environmental events. However, ground reality narrates a different story as China continues to be the largest coal producer globally.

Despite making tall speeches about the road to have a clean environment, the Chinese government reportedly plans to add coal storage facilities in 2020 to ensure stockpiles at or above 15 days’ normal supply for coal-driven power plants. (Courtesy ANI)