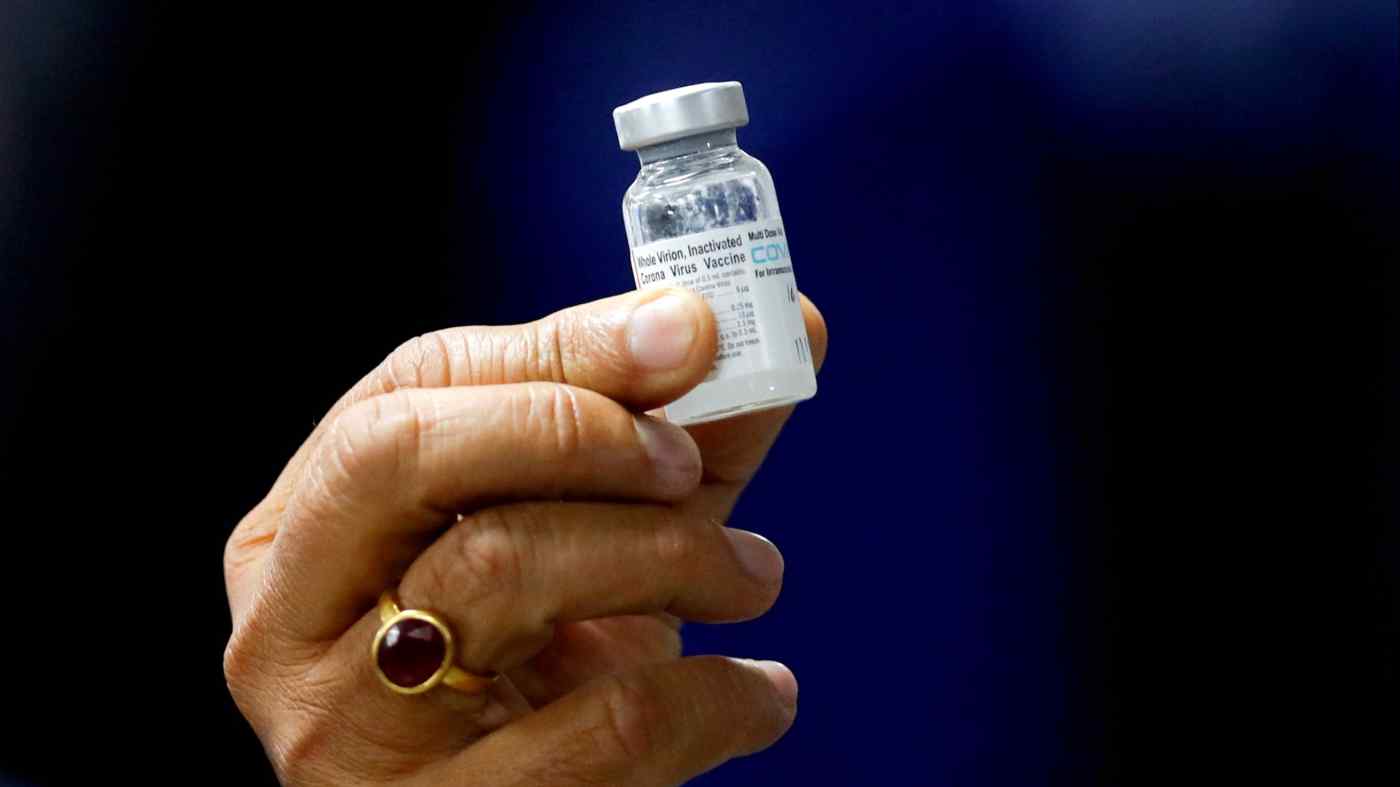 With an ambitious goal to inoculate its entire adult population of more than 940 million by the end of the year, India is focusing on stepping up vaccine production even as a deadly second wave of COVID-19 has abated in recent weeks.

Two of India’s domestic vaccine manufacturers — the Pune-based Serum Institute of India, the world’s largest producer, and Hyderabad-based Bharat Biotech — have been the main providers of doses for the country’s inoculation drive, which began on Jan. 16. The government granted emergency-use approval for Russia’s Sputnik V vaccine in April, while U.S.-based Moderna’s COVID-19 jab was approved in June. It is in talks with Pfizer to do the same.

CoWIN, or the COVID Vaccine Intelligence Network, is the technological backbone driving vaccination in India, a country of more than 1.3 billion people. It helps in planning, implementation, monitoring and evaluation of the inoculation program.

“This is the platform through which India has administered 350 million doses of COVID vaccines,” Modi said, addressing the CoWIN Global Conclave, adding that the software can be customized for any country according to local requirements.

The country’s vaccine makers, meanwhile, have an equally crucial role to play in ensuring an uninterrupted supply of vaccines for the massive national program. The Serum Institute, which manufactures AstraZeneca’s vaccine, known in India as Covishield, has significantly augmented its production capacity in the past few months. In January, it was at 50 million doses a month, reaching 70 million in March.

By June, the figure stood at 90 million doses a month. Its chief executive, Adar Poonawalla, told the India Global Forum on June 30: “We will probably add another 10% to that output in August. This has happened at world-record speed, not just at Serum Institute but even at other manufacturers.”

In the case of Bharat Biotech, which developed India’s first indigenous vaccine, called Covaxin, in collaboration with state-run Indian Council of Medical Research, capacity is targeted to reach 60 million to 70 million doses a month in July-August, and nearly 100 million doses by September, up from 10 million in April.

“Vaccination being the only tool to mitigate this deadly pandemic, ramping up of COVID vaccine production is being taken up by the government of India on a war footing,” an official statement said on June 27.

On June 21, the day the Modi government began offering free vaccination for all adults, the country administered a record 9 million doses in a day. The number has since averaged 4 million to 5 million doses per day, about half the number of jabs needed to meet the goal of inoculating the entire population over the age of 18 by December.

“The government has a tough target ahead, as it has so far fully vaccinated just 4.5% of the total [eligible] population,” Archana Jyoti, a New Delhi-based health columnist, told Nikkei Asia, pointing out that there was no steady flow of vaccines and that the government “has not made it clear as to how many vaccines will be made available each day.”

Vaccines from overseas, such as Moderna’s, are expected to be available soon, but in “limited quantity,” while there is no clarity about Pfizer coming to India, she said.

As of Wednesday, India had administered more than 361 million doses, mostly the first of the two required. The country’s total COVID-19 caseload has topped 30.66 million with more than 404,200 fatalities recorded so far. However, new daily infections have dropped sharply in recent days to fewer than 50,000 from a peak of over 400,000 in early May.

On June 8, the government said it had placed orders for 250 million Covishield doses and 190 million Covaxin doses. The announcement came days after it reserved 300 million doses of a vaccine being developed by Biological-E, another domestic manufacturer. The Biological E vaccine, which is in Phase 3 clinical trials, is likely to be available in September.

“We continue to expect enough supply to fully inoculate 50% of the total population [around 70% of the adult population] by end-2021,” Japanese brokerage Nomura said in a June 24 report.

In an affidavit submitted to the Supreme Court on June 26, the government said it expected to procure 1.35 billion vaccine doses from August to December, down significantly its May forecast for 2.16 billion doses during the five-month period.

V.K Paul, the government’s top adviser on COVID-19, clarified during a July 2 media briefing that the 2.16 billion dose projection was “aspirational,” and based on “optimistic” estimates provided by various manufacturers. “This is a dynamic situation,” he said.