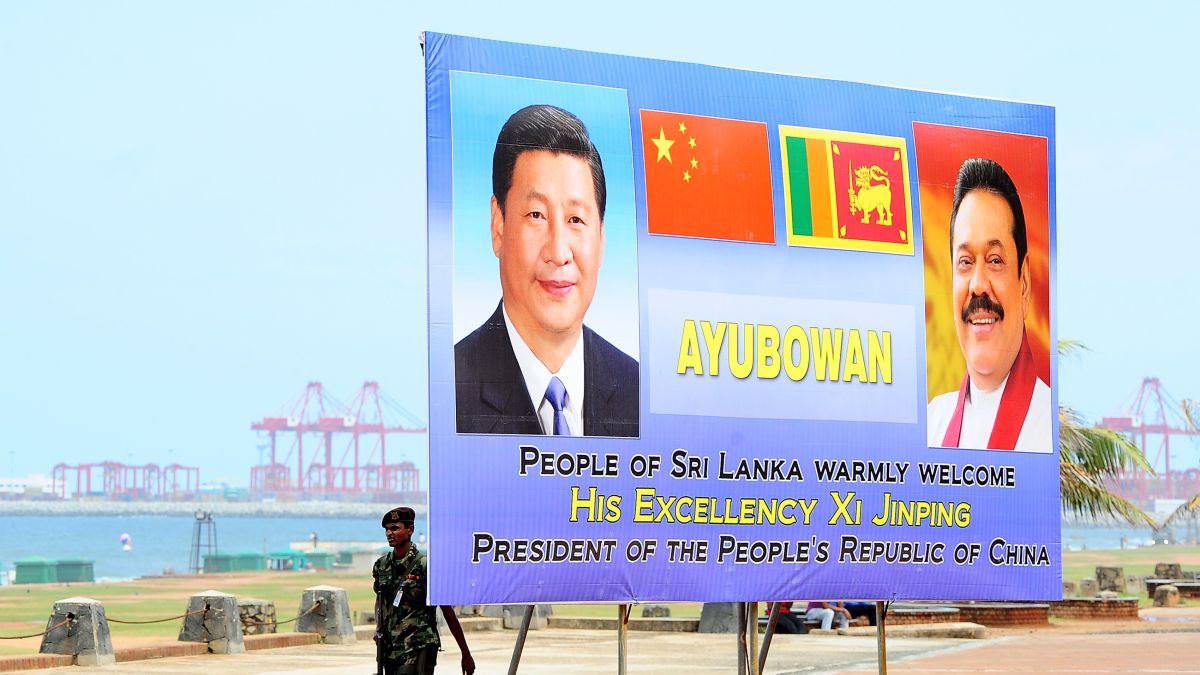 In January 1950, Sri Lanka acknowledged the new China. In 1952, the two sides opened a new chapter in bilateral economic and trade relationship with the signing of Sino-Lanka Rubber-Rice Pact. In 1957, the two sides formally established the diplomatic relationship. Since establishing formal relations, the two countries have regularly exchanged high-level visits resulting in a variety of agreements. These have led to the construction of the Bandaranaike International Conference Hall (BICH) which was gifted to Sri Lanka by China in 1973.

Between 2000 and 2010, a substantial inflow of foreign investment was seen in Sri Lanka by China. China’s first major project was the Colombo National Performing Arts Theater (CNPAT). The projects were both standalone projects and some linked to China’s Belt and Road Initiative. The infrastructure investments include the Port of Hambanthota, Mattala International Airport, the Norachcholai Power Plant station and the ambitious Port City Project in Colombo which the Chinese President Xi Jinping launched in 2014.

Based on some reports, between 2004 and 2014 China provided 7 billion dollars in loans and investment, including loans for the construction of a port in Hambantota. However, there are concerns locally and in international media that Sri Lanka cannot afford these loans since the nation is currently 64 billion dollars in debt and using 95% of the state revenue to meet the already incurred loans. Hambantota port was financed through Chinese loans and built by a Chinese company. Both countries agreed to a deal selling an 80% stake through a 99-year lease in the port to a Chinese Company, while Sri Lankan government will look after the security of the port. It was pointed out by a former Sri Lankan foreign minister that it was unaffordable that does not bring any economic returns and better to look for other options.  China is also building a 15000-acre industrial zone near the port and both these projects have stimulated fear among the local population that the area will become a ‘Chinese colony”. This was mainly due to handing over vast area of land. The area reportedly witnessed violent protests in which even Buddhist priests participated expressing concerns about the loss of land.

The economic relations between both countries during the rule of Sri Lankan president, Mahinda Rajapaksa, became strong and resulted in many agreements and saw closer relations due to Rajapaksa’s pro-China policies. Number of recent developments has shown a Pro-China slant to Sri Lanka’s present foreign policy which reflects in the continuation of Chinese investment in Sri Lanka.

Through the Road and Belt Project (RBP), China has made inroads in Sri Lanka. China’s Belt and Road Initiative is more than a global network of infrastructure projects, but a strategic move of Chinese statecraft to connect the Asia-Pacific Region for mutual investment opportunities, expand export markets, and develop economic links through enhanced connectivity. CIFC and Hambantota port are flagship projects of the Belt and Road Initiative. The New York Times criticized the Hambantota port as a white elephant project trapping Sri Lanka in heavy debt with pessimistic tones the Port would not work. In fact, the negative aspects of Sri Lanka conceding the port to Chinese control for cancelling debt, was looked upon as one of the demerits of the deal. In 2017 a 70 percent stake of the port was leased to China Merchants Port Holdings Company Limited for 99 years for $1.12 billion. It was justified on the ground that this was done to strengthen foreign reserves and cover balance of payment issues.

Issues
With regard to Colombo Port City project, several views have been expressed by critics involving concerns such as;

There was a reasonable number of critics quoting China’s BRP and investments as a ‘debt trap’ and Sri Lanka is widely showcased as an example of ‘Chinese Debt Diplomacy’. The Chatham House study reports that the cumulative value of Chinese infrastructure investment to Sri Lanka amounted to $ 12.1 billion between 2006 and July 2019 and due to that many local citizens feel that the country is being sold to the Chinese. Last year, erstwhile American Attorney General William Barr raised the case to argue that Beijing is “loading poor countries up with debt, refusing to renegotiate terms, and then taking control of the infrastructure itself.” Pro government writers have pointed out that their research shows “that Chinese banks are willing to restructure the terms of existing loans and have never actually seized an asset from any country, much less the port of Hambantota”. The views expressed by Atlantic in this regard is “China, inveigles poorer countries into taking out loan after loan to build expensive infrastructure that they can’t afford and that will yield few benefits, all with the end goal of Beijing eventually taking control of these assets from its struggling borrowers.

From the itchy details available to the public on this project, it is believed that there will be an alien community living close to the shores of our country with high-end living and will consist of a cosmopolitan group of foreigners and locals as well as expatriates who will be isolated from the majority of the common Sri Lankan on the mainland still struggling to earn a proper living.

All the Chinese-funded infrastructure projects were initiated during the regime of President Mahinda Rajapaksa, who was heavily criticized by opposition parties in Sri Lanka for a pro-China leaning foreign policy. Even during the Sirisena-Yahapalanaya government in 2015, the Chinese development projects were continued but met with hostility by civil society organizations and pressure groups on various grounds such as environmental issues, sovereignty issues and corruption etc. Although there was no Environmental Impact Assessment done initially for the CIFC, Chinese authorities have now appear to have responded to the criticisms and have committed to a long term sustainability plan.

During the past few years, Sri Lanka appears to have forged closer military relations with China. Consequently, news reports examining China’s bilateral relations with Pakistan and Myanmar often make fleeting references to Sri Lanka’s deepening ties with China in an attempt to establish a broader pattern of Chinese activity in the IOR. Despite security assurances, Chinese consolidation of Sri Lankan ports remains a worry for India.

In recent times the protest voices pertaining to Chinese projects and their presence mainly came from articulate sections of the majority community including the political parties and Buddhist clergy but overtime the Tamils have also joined the process in view of the alleged violation of the official language policy of the government by the Chinese companies who omitted the Tamil language in their boards installed at various places. The boards also carried Mandarin for the ‘benefit’ of the Chinese workers employed by them but the violation created dissatisfaction among the Tamil community that under Sirisena administration the then minister responsible for the subject of official languages had to make representations to the resident Chinese ambassador on the issue.

One of the important challenges of the BR initiative includes obtaining the support and cooperation of other emerging neighboring economies, mainly India. Western powers also remain critical and doubtful of the initiative and view it as China’s means of increasing its geopolitical power and influence throughout the world.