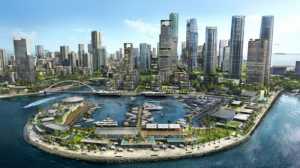 Five suspects, including a Chinese national, have been arrested for attempting to illegally enter the Colombo Port.

The suspects were arrested by the Colombo Ports Authority security unit after they had attempted to enter the port without valid documents yesterday.

Further interrogations of the local suspects, who are residents of Pottuvil, had revealed that the Chinese national had brought them to the port for employment as he was short-staffed.

The five suspects have been handed over to the Colombo Foreshore Police and were to be produced before the Hulftsdorp Magistrate’s Court today. (Colombo Gazette)

Thai PM to look at opportunities at Colombo Port City