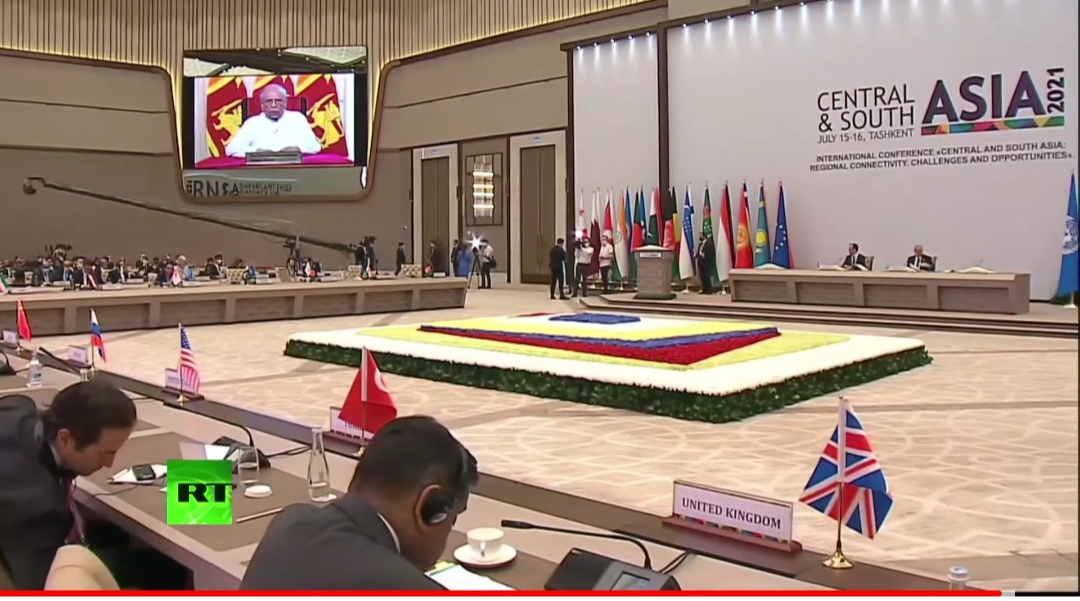 The Sri Lankan Government asserted that its foreign policy is neutral and non-aligned.

He said this while speaking at the international conference titled “Central and South Asia: Regional Connectivity. Challenges and Opportunities” held in Tashkent, Uzbekistan.

“Sri Lanka and Uzbekistan, as well as South and Central Asia share longstanding historical and cultural links. We are heirs to ancient civilisations that contributed immensely to the making of the modern world through achievements in mathematics, astronomy, medicine, philosophy, religion and the arts. Central Asia, though land locked, was at the crossroads of ancient trade routes connecting multiple regions, including the ancient Silk Route. The beautiful island of Sri Lanka, with its strategic location at the heart of the Indian Ocean, was also placed at the crossroads of the East – West trade routes, including the ancient maritime Silk Route,” he said.

Gunawardena said that Sri Lanka’s location in the Indian Ocean has become even more significant in connecting South Asia with Asia, Africa, Europe and the Americas.

“Sri Lanka’s vision in achieving sustainable development through regional and global connectivity, complemented by a robust, neutral and non-aligned foreign policy, is spelt out by the President His Excellency Gotabaya Rajapaksa in the national development policy framework Vistas of Prosperity and Splendour,” he said.

The Minister said that connectivity today is an imperative for socio-economic development in an increasingly globalised and inter-dependent world.

“Today, the centre of gravity of the world economy has pivoted towards Asia.  South Asia has become one of the fastest growing regions in the world. For the first time in modern times, Asian economies are becoming larger than the rest of the world combined.  At the same time, the economic potential of resource- and energy- rich Central Asia, is increasing exponentially. In this context, maritime and land connectivity between South and Central Asia and the West are becoming an imperative to expand global trade,” he added.

However, he said that in spite of the vast potential, connectivity between the two regions remains at a relatively low level today.

He also noted that the Colombo Port City in Sri Lanka is an example of a Special Economic Zone that would offer competitive investment opportunities in international trade, offshore banking and financial services, shipping and logistics operations, information technology and business process outsourcing, and other ancillary services, to help reinforce regional connectivity. (Colombo Gazette)