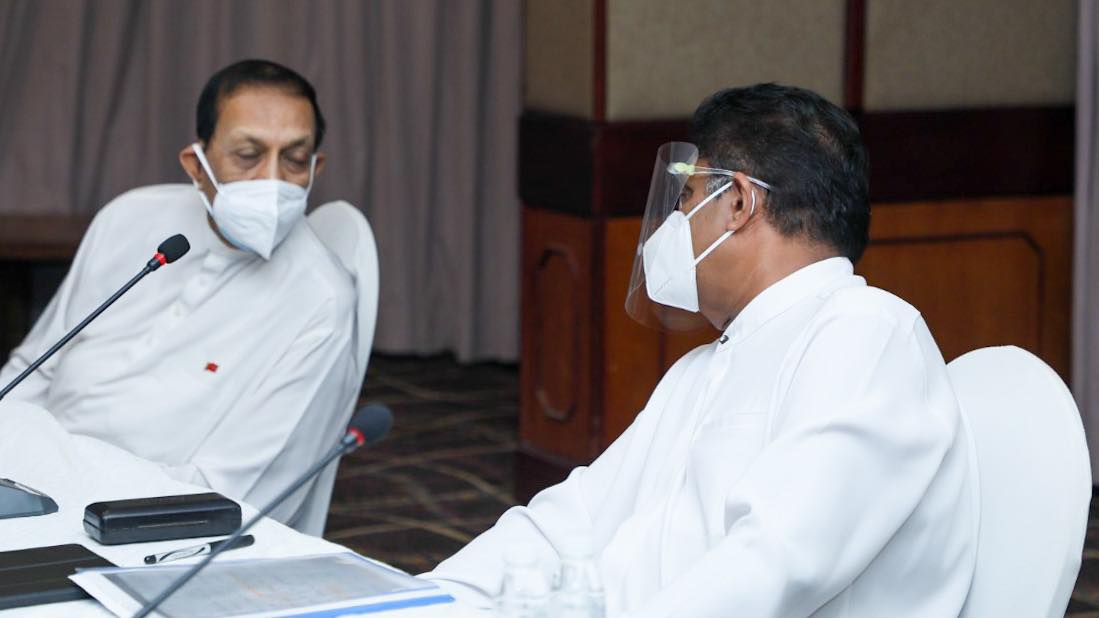 Opposition Leader Sajith Premadasa and UNP Deputy Leader Ruwan Wijewardene were among those who attended the talks.

The inaugural conference for an All-Party Coalition of the Opposition organized by the National Movement for a Just Society was held at the Janaki Hotel premises in Colombo.

Speaking to reporters later Wijewardene said that the focus of the new movement is to work against the Government and also address the issues faced by the public.

He said that the opposition political parties have put aside their differences to work together with one goal.

Wijewardene said that the Janatha Vimukthi Peramuna (JVP) was also invited for the talks but it did not attend.

He said he hopes the JVP will attend future talks organised by the National Movement for a Just Society.

He said that the ultimate goal of the opposition is to defeat the Government. (Colombo Gazette)